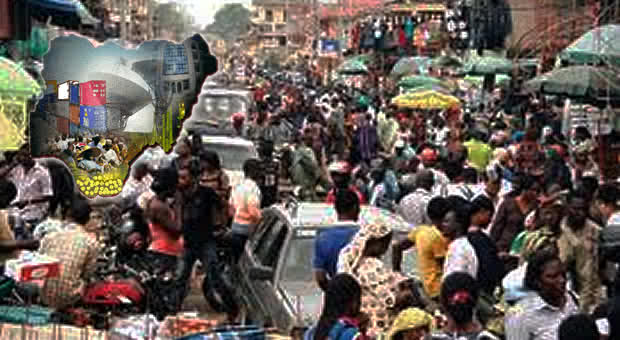 Decades after the civil right leader’s death, that tranquilizing drug of gradualism has crept slowly but efficiently back into the African’s mentality and has silenced whatever desire for change we once possessed.

Indeed, the tranquilizing drug of gradualism has many forms; like any drug available, it has many names and is in many shapes, marketed and distributed by many individuals, agencies and companies.

In Africa, the tranquilizing drug of gradualism is marketed by bourgeois politicians who are desperate to ensure that the status quo remains constant. They want to continue to maintain their stranglehold on the nation’s politics and oversee governance and continue the reign of impunity, treasury looting and electioneering ‘mago-mago’, as such, they will discourage any form of talk of changing the system, and they will spend money on publicising how any attempt to change the system will fail. They will instead sell parties and their flag bearers to the people. They will promote certain individuals to the public as messiahs and saviours so as to stop talks of any meaningful talk of system change.

Another group that markets the tranquilizing drug of gradualism are the corporations and big businessmen who thrive as a result of ‘specific’ government policies directed at them. They will fight any move towards system change to safeguard their business interest. A system change will see them losing the policies and privileges they have been enjoying at the expense of the masses and as such, they will fund events and shows aimed at discouraging what they’ll call ‘riots’ and ‘social disturbance’. Make no mistake; it has nothing to do with concern for the well-being of the nation; it is a political calculation aimed at protecting their interests.

Yet another group that markets the tranquilizing drug of gradualism are some select NGOs (obviously not all NGOs) who have been given a game plan and line of action to pursue. They are funded monthly, yearly or biannually with a mandate to ‘cement democracy’ in Africa. Their own is to go round organizing events and shows to tell people to submit to their governments even in the face of provocation, large-scale repression and political killings. They go round telling people to continue to embrace the ‘ballots over bullets’ even when it’s clear no good has ever come out of the elections. They go round making jest of leaders who were men enough to stand up for their people and try to sell dormant leaders who danced to the tune of the west and protected their interests.

Religion is perhaps the largest marketer of that tranquilizing drug of gradualism. Year in year out, in the face of poverty and want, in the face of bloodshed and insecurity, the religious houses still preach peace and plenty. They ask the people to leave it all for God, they tell them that the only way to have is to sow bountifully; not into the lives of the have-nots, but into the lives of the preachers who have and are full. They tell them to obey every leader they have, and ask them not to join anybody to touch who ‘God has put there’.

The last marketers of that tranquilizing drug of gradualism are the ‘theoretical revolutionaries’.  These people have a vast knowledge of revolutions and roadmap for system change, they are beautiful analysts, and they dissect issues beautifully and motivate people. But ask them to practice it, ask them why the nation still remains the way it is with the amount of knowledge and plan they have, and they tell you, “Aburo, o dun so, ko dun se o. Afi k’Olorun yo wa.”

The situation here is clear, but the solution is even clearer. We must watch our lives and society for these drugs and be determined to rid ourselves of the drugs as soon as we discover it. We must begin from our homes, our schools, our communities and go up to rid our nation of the tranquilizing drug of gradualism. Our thoughts, our mind, our whole system must be made to reject the drug whenever it is offered; we must develop ourselves until we develop an allergy to drugs of that type.

Reforms have never lasted. We have had so many reformers whose reforms died with them or lived a bit longer than they did. We have seen ‘good and passionate’ leaders who try to make a few changes, and appear for some time to have succeeded, but changes made in damaged systems seldom live long, with time, they fail again.

We must have only one goal: system change. We must never settle for less; we deserve better; the generation coming behind us deserve to meet something better than this.

News Analysis: Wait, so the ACN is allowed to do this but the PDP is not?

‘Drums To The Deaf’: A Letter To NANS President