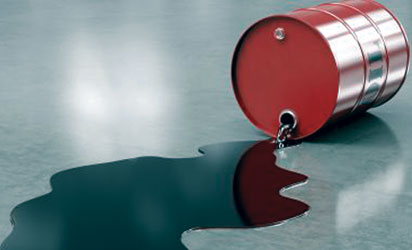 “We have had a long period of ‘oil boom’ since 1999. We have never had it so good in terms of pricing and revenue since petroleum was discovered in commercial quantity in Nigeria on Sunday, 15 January, 1956. After about 15 years of that boom, one cannot tell whether we have effectively made use of our windfall to invest for that day without oil. It will, therefore, be saying the obvious to assert that we have failed to provide for the rainy day which may come very soon“.

IT is on record that India without petroleum has the world’s largest refinery (Jamnagar Refinery Gujurat) with about 1.2 million barrels per day capacity. India has the world’s oldest refinery, Digboi Refinery Assam built in 1901 and it is still working. China also as a net importer of petroleum has over 50 refineries, with Sinopec as its largest petroleum products producer and supplier. With six subsidiaries, Sinopec produces gasoline, kerosene, diesel, lubricants, chemical light feedstock, fuel oil, solvent oil, petroleum wax, asphalt, petroleum coke, sulfur, LPG, polypropylene and benzene. China with a population of 1.3 billion people meets her domestic demand and exports to other regions.

This is the Nigerian case. Nigeria has four refineries, two in Port Harcourt, one in Warri and one in Kaduna with a combined refining capacity of 445,000 barrels per day. The oldest in Port Harcourt was built in 1965. They have, for almost two decades, been down due to inadequate maintenance. It has been gory tales of turn-around maintenance (TAM) with millions of dollars wasted at regular intervals in our harvests of misfortune.

Recent claims by the Nigerian National Petroleum Corporation (NNPC) are that the four refineries are now working at varying capacities from 25 per cent and above of installed capacity. If the NNPC gets 445,000 barrels of crude oil per day as it is today and refine about 25 per cent of that. That gives an estimate of 111,250 barrels per day that is utilised. Where is the balance of 333,750 barrels not utilised per day? That is the question begging for answer. In microeconomics, our refineries are operating at a loss with cost of plant and equipment and salaries and wages and other overhead costs being more than revenue or probably income. They have indeed been at shutdown point for more than two decades now.

At optimum performance, (100 per cent) we can get 32.6 million litres of petrol and other byproducts per day from the four refineries. With our daily consumption range between 35 and 40 million litres per day, we ordinarily may need less than 10 million litres of import which would have reduced considerably what we purportedly subsidise. One is therefore, not surprised the proposed privatisation of the four refineries, a move by the Petroleum Minister, Diezani Alison-Madueke, but halted by strike threats by the labour unions in the industry.

Until recently, the United States imported about 40 per cent of our crude. With shale gas production, the Gulf Coast refiners have reduced their imports of Nigerian crude to less than 10 per cent. Other importers of our oil are India, Brazil, Spain, France and the Netherlands. The United States decision means our looking elsewhere for buyers of our crude; and the direction is the Far East who probably knows the value of refining more than us that have had the black gold for almost 60 years but are still looking for buyers of our crude. With the American shale, a powerful lobby group is now lobbying the American Congress to lift the almost 40 years ban on the export of crude by America. The implication of this and oil discoveries in many parts of Africa is a signal that a glut may be imminent. A glut means an excess supply to the market which may lead to a fall in price in the international market and, therefore, dwindling revenue to our government.

The Shagari Administration faced this problem of glut in the early 1980s when it was then forced to introduce austerity measures. That government which seemed profligate did not come out of it before the Buhari-Idiagbon junta took over power on December 31, 1983. One may be sounding alarmist.

In a survey in July 2013 conducted by the Pricewaterhouse Cooper (PwC) for the American Petroleum Institute (API) on the Economic Impacts of Oil and Natural Gas Industry on the United States Economy in 2011, the industry contributed 9.8 million full and part-time jobs which amounted to 5.6 per cent of total U.S. employment. That amounted to $698 billion or 6.3 per cent of national labour income. In addition, the industry’s total impact on the U.S. GDP was $1.2 trillion amounting to 8.0 per cent of national total in 2011.

Experts say the shale gas boom in America is projected to expand chemicals and plastics demand through 2020 and push manufacturing employment up one per cent per year until then. That is the benefit of refining and full potentials of petroleum. As it said in the industry, there is no waste but gain.

We have had a long period of ‘oil boom’ since 1999. We have never had it so good in terms of pricing and revenue since petroleum was discovered in commercial quantity in Nigeria on Sunday, 15 January, 1956. After about 15 years of that boom, one cannot tell whether we have effectively made use of our windfall to invest for that day without oil. It will, therefore, be saying the obvious to assert that we have failed to provide for the rainy day which may come very soon.

What one is suggesting is that it is not late to invest in public refineries. Some people have argued that the problem is having petroleum laws for investors to come in. It is incorrect as the present laws can give us what we want if we have the will to curtail our levels of inefficiency and excesses of corruption. The Petroleum Industry Bill if passed, no doubt, will be an added impetus in our quest for sanity in the industry.

The security scare all over the land is not encouraging more foreign direct investors in this capital intensive industry. The effort of the Dangote group in trying to muzzle funds for 400,000 barrels per day refinery in Ondo State is quite commendable. The Federal Government can also guarantee loans to serious and tested indigenous entrepreneurs’ and match make them with foreign investors to build more refineries. Such guarantees will encourage investors in the volatile refining business.

The President has assured us that his administration is committed to the public – private partnership regime where the private party is able to recoup its investment with returns and the public is not in any way shortchanged. One is also suggesting for a revival of the memorandum of understanding of May 2010 between the Federal Government and China for three refineries and a petrochemical plant to be built. The deal, as we learnt, was for a combined capacity of 900,000 barrels per day. These efforts can guarantee products stability and availability with no import of refined products for some years to come. This will indeed remove spurious subsidy claims by the barrel operators in our land.

The multiplier effect of local refining and ancillary businesses thereof will employ millions of our distressed Nigerians within and bring back all our nationals that have become destitute and layabouts in major and minor cities all over the world.

• Atumah is a media consultant and MEMBER

The YOUTHSPEAK Column which is published daily, on weekdays, on the back cover of THE GUARDIAN Newspaper, is powered by RISE NETWORKS, NIGERIA

’s Leading Youth and Education Development Social Enterprise, as a substantial advocacy platform available for ALL Nigerian Youth to engage Leadership at all levels, engage Society and contribute to National Discourse on diverse issues especially those that are peculiar to Nigeria.

Fuel price calculator: How much do you pay?

What Makes Ordinary People Step-Up To Do Extraordinary Things