The Biggest Mistakes I See on Resumes, and How to Correct Them – Google Head of HR 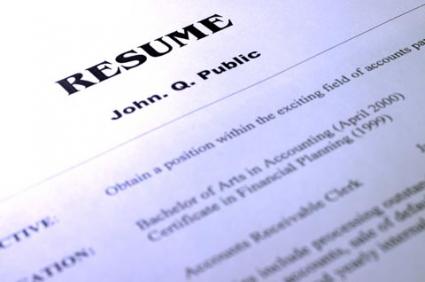 “Unless you’re applying for a job such as a designer or artist, your focus should be on making your resume clean and legible. At least ten point font. At least half-inch margins. White paper, black ink. Consistent spacing between lines, columns aligned, your name and contact information on every page. If you can, look at it in both Google Docs and Word, and then attach it to an email and open it as a preview“.

I’ve sent out hundreds of resumes over my career, applying for just about every kind of job. I’ve personally reviewed more than 20,000 resumes. And at Google we sometimes get more than 50,000 resumes in a single week.

I have seen A LOT of resumes.

Some are brilliant, most are just ok, many are disasters. The toughest part is that for 15 years, I’ve continued to see the same mistakes made again and again by candidates, any one of which can eliminate them from consideration for a job. What’s most depressing is that I can tell from the resumes that many of these are good, even great, people. But in a fiercely competitive labor market, hiring managers don’t need to compromise on quality. All it takes is one small mistake and a manager will reject an otherwise interesting candidate.

I promise you — more than half of you have at least one of these mistakes on your resume. And I’d much rather see folks win jobs than get passed over. 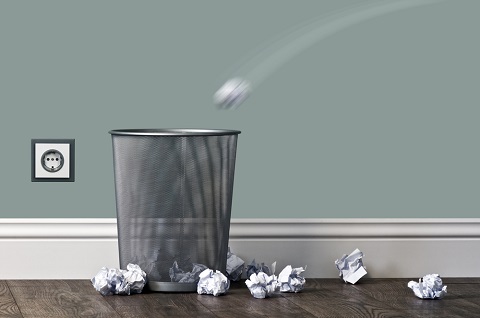 In the interest of helping more candidates make it past that first resume screen, here are the five biggest mistakes I see on resumes.

This one seems obvious, but it happens again and again. A 2013 CareerBuilder survey found that 58% of resumes have typos.

In fact, people who tweak their resumes the most carefully can be especially vulnerable to this kind of error, because they often result from going back again and again to fine tune your resume just one last time. And in doing so, a subject and verb suddenly don’t match up, or a period is left in the wrong place, or a set of dates gets knocked out of alignment. I see this in MBA resumes all the time. Typos are deadly because employers interpret them as a lack of detail-orientation, as a failure to care about quality. The fix?

Read your resume from bottom to top: reversing the normal order helps you focus on each line in isolation. Or have someone else proofread closely for you.

A good rule of thumb is one page of resume for every ten years of work experience. Hard to fit it all in, right? But a three or four or ten page resume simply won’t get read closely. As Blaise Pascal wrote, “I would have written you a shorter letter, but I did not have the time.” A crisp, focused resume demonstrates an ability to synthesize, prioritize, and convey the most important information about you. Think about it this way: the *sole* purpose of a resume is to get you an interview. That’s it. It’s not to convince a hiring manager to say “yes” to you (that’s what the interview is for) or to tell your life’s story (that’s what a patient spouse is for). Your resume is a tool that gets you to that first interview. Once you’re in the room, the resume doesn’t matter much. So cut back your resume. It’s too long.

Unless you’re applying for a job such as a designer or artist, your focus should be on making your resume clean and legible. At least ten point font. At least half-inch margins. White paper, black ink. Consistent spacing between lines, columns aligned, your name and contact information on every page. If you can, look at it in both Google Docs and Word, and then attach it to an email and open it as a preview. Formatting can get garbled when moving across platforms. Saving it as a PDF is a good way to go.

Mistake 4: Confidential information
I once received a resume from an applicant working at a top-three consulting firm. This firm had a strict confidentiality policy: client names were never to be shared. On the resume, the candidate wrote: “Consulted to a major software company in Redmond, Washington.” Rejected! There’s an inherent conflict between your employer’s needs (keep business secrets confidential) and your needs (show how awesome I am so I can get a better job). So candidates often find ways to honor the letter of their confidentiality agreements but not the spirit. It’s a mistake. While this candidate didn’t mention Microsoft specifically, any reviewer knew that’s what he meant. In a very rough audit, we found that at least 5-10% of resumes reveal confidential information. Which tells me, as an employer, that I should never hire those candidates … unless I want my own trade secrets emailed to my competitors.

The New York Times test is helpful here: if you wouldn’t want to see it on the home page of the NYT with your name attached (or if your boss wouldn’t!), don’t put it on your resume.

Mistake 5: Lies
This breaks my heart. Putting a lie on your resume is never, ever, ever, worth it. Everyone, up to and including CEOs, gets fired for this. (Google “CEO fired for lying on resume” and see.) People lie about their degrees (three credits shy of a college degree is not a degree), GPAs (I’ve seen hundreds of people “accidentally” round their GPAs up, but never have I seen one accidentally rounded down — never), and where they went to school (sorry, but employers don’t view a degree granted online for “life experience” as the same as UCLA or Seton Hall). People lie about how long they were at companies, how big their teams were, and their sales results, always goofing in their favor.

There are three big problems with lying:

So this is how to mess up your resume. Don’t do it! Hiring managers are looking for the best people they can find, but the majority of us all but guarantee that we’ll get rejected.

The good news is that — precisely because most resumes have these kinds of mistakes — avoiding them makes you stand out.

In a future post, I’ll expand beyond what not to do, and cover the things you *should* be doing to make your resume stand out from the stack.

How To Stop Your Mind From Working Too Hard

The Goodyear ‘Spirit Of Innovation’ Scholarship For Undergraduates

Are You A Writer? Our Youth Speak Online Community Welcomes You