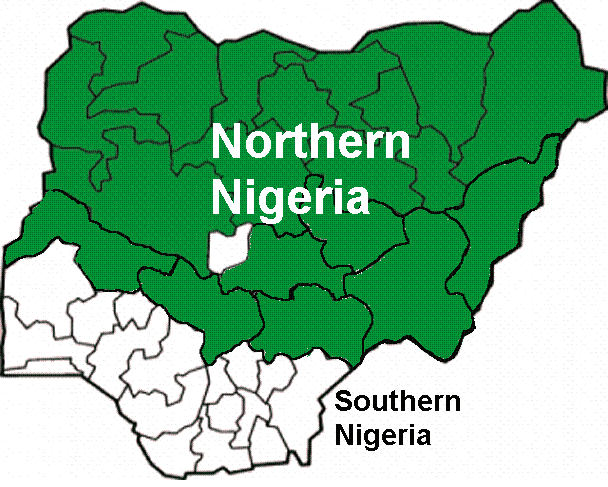 “At no other time since the end of the country’s civil war – 1966 to 1970 – has the country become so much divided, so much polarized, along tribal and religious lines than now. This is because politicians continue to whip up primordial sentiments all over the place in order to woo supporters for their narrow, selfish interests of winning election at all costs“.

After several months of suspense and drama, President Goodluck Jonathan has finally declared his intention to seek re-election next year. And last week Thursday, he made a triumphant-esque appearance at Wadata Plaza, the national headquarters of the Peoples’ Democratic Party, PDP, in Abuja, to pick his party’s nomination and intention forms. A day before that, the arch-rival opposition party, the All Progressive Congress, APC, held an Extra-Ordinary National Convention at the Old Parade Ground, also in Abuja. There, the party welcomed into its fold, Aminu Waziri Tambuwal, Speaker of the House of Representatives, who had just dumped the PDP to pitch his tent with the APC. With these two events, the campaign trails towards the 2015 general elections seem fully laid out.

However, Jonathan’s formal entry into the race for a second term as President of Nigeria did not come as a surprise. It is coming more than a year since several groups that were daily mushrooming over the country’s political landscape, had been holding rallies complete with all forms of acrobatic display and break dancing, to highlight what they consider to be Jonathan’s unique selling points. But getting the President to pick up his party’s nomination for the Presidential ticket did not come without intrigues. First was a break-away faction of the PDP which initially featured seven sitting PDP governors and some other top officials of the party. Eventually, five of the aggrieved governors defected to the rival APC. On the heels of this, Bamanga Tukur, the then chairman of the party, was unceremoniously eased out of office and compensated with the post of chairman of the Nigerian Railway Corporation after he refused an offer to be sent to ‘Siberia’ as Nigeria’s Ambassador to China.

Next, the President’s minders turned their attention to Sule Lamido, the Jigawa State governor who, for several months, had put up an uncompromising stance over his 2015 ambition to become President on the platform of the PDP. He was made to recoil into his shell. Of course, we are all aware of the gargantuan harassment that was unleashed on Rotimi Amaechi, the governor of Rivers State, who was initially rumoured to be gunning for the post of Vice-President to Lamido. It was the same tug of war that led to the bastardization and eventual balkanization of the Governor’s Forum into two factions.

The scramble for and partition of the once-stable Governor’s Forum was preceded by the formation of a hitherto non-existent PDP Governor’s Forum headed by the loquacious Godswill Akpabio, governor of Akwa Ibom State and an unapologetic presidential megaphone.  Several other acts of cajoling and alliances followed in the bid to clear the way for Jonathan, culminating in the multiple PDP stakeholders’ endorsement of the President as the party’s sole candidate for the election. While all this was going on, the President kept mum on his actual intention even though his body language made it clear that he had made up his mind to run. His strategy to seek re-election was all-too-clear to see with his foot soldiers orchestrating various forms of it at every forum.

Now, with Jonathan in the fray, the roller coaster for next year’s election is in full swing. That this coincided with the defection of Tambuwal to the APC shows that the two dominant parties, PDP and APC, have unwittingly transformed the country into a two-party state, as they are set to lock horns in the 2015 elections particularly the presidential election. With the array of political juggernauts in the APC, mostly those who once wined and dined with the PDP and have, therefore, mastered the election ‘winning’ tricks of the PDP, the coming election bears the imprimatur of a keener contest than most previous ones. This will be a sharp departure from the elections of previous years, 1999, 2003, 2007 and 2011, in which the PDP as the outright dominant party, dictated the tune all over. For the first time in the history of elections in this country, the conservative octopus seems vulnerable to defeat at the hands of a seemingly formidable progressive opposition.

However, like most elections, many factors will influence the outcome of next year’s polls. For the presidential election, which will come first and which is the Holy Grail the two  mega parties have trained their sights on, Jonathan obviously has an advantage as a sitting President. His party has been in power since the country’s return to democratic governance in 1999, almost 16 years ago. During this period, the party has monopolised power at the centre as well as being in dominant control of nearly two-thirds of the 36 states of the federation. Therefore, the party can boast of significant presence all over the country and this will come in handy during election because democracy is a game of numbers. Also, the party has stupendous financial muscle which gives it a huge war chest for the elections. Besides, the party has unfettered access to the machinery of government including propaganda machinery and all coercive apparatuses in the security and non-security services.

On the other hand, though the APC parades hordes of tested and influential politicians with huge followership at national, regional, state and local government levels, the party is yet to make up its mind on who to field as its presidential torch-bearer. Right now, those jostling for the party’s ticket are from the npart of the country. In actual fact, whoever finally emerges as APC’s presidential candidate, will determine how far the party can go in its quest to wrest power from the hands of the monopolistic PDP.  And except the party has some fast cards in its kitty to play in this high stakes game, the PDP may have built an unassailable head start in the campaigns using its well-oiled propaganda machinery. In this case, the APC must work assiduously to get its message of redemption and national re-birth down to the electorate all over the country with lightning speed.

At no other time since the end of the country’s civil war – 1966 to 1970 – has the country become so much divided, so much polarized, along tribal and religious lines than now. This is because politicians continue to whip up primordial sentiments all over the place in order to woo supporters for their narrow, selfish interests of winning election at all costs. For Jonathan and his Ijaw ethnic group in the South-south geopolitical zone of the country, winning the forthcoming election is like protecting a finally-discovered treasure having searched to the end of the world to find it. Much of the oil that is the mainstay of the nation’s economy flows from the creeks of the South-south. As a result, the people of the region sees the retention of the Presidency by a son of the region, for another four years, as a legitimate claim having been zoned out of the power equilibrium of the country since independence in 1960.

For the northern part of the country, the region is still brooding from the political ‘calamity’ of losing the presidency in 2010 owing to the untimely demise of President Umaru Yar’Adua, a development that paved way for Jonathan, who was Yar’Adua’s deputy, to assume power. This, perhaps, was one of the remote causes of the widespread violence, arson and brigandage that greeted the presidential election in some parts of the north in 2011. Since the APC is bent on featuring a northerner as its presidential candidate, there is a very good chance that the coming presidential contest will be a North/South and Christian/Muslim affair. In that case, whichever way the pendulum swings, it could trigger some catastrophic consequences for the country. If this happens, it will be the proverbial fight between two elephants in which the ordinary man on the street bears the brunt as the metaphorical grass. The only antidote to this is to ensure free and fair elections next year. But with the type of desperation being exhibited by our politicians, this may appear to be a mere wishful thinking or a tall order. May God help us!

Application For The NNPC/NAE/OANDO Post Graduate Scholarship Award Scheme 2013/2014 Is On!

Are Resumes Going the Way of the Dinosaur?