The Counterintuitive Art of Leading by Letting Go 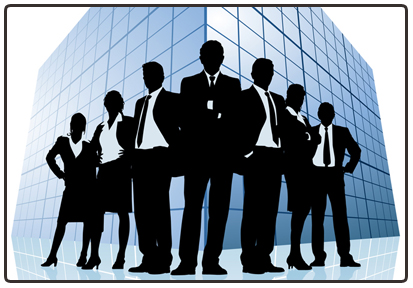 One of the fundamental inconsistencies we see in workplaces today is the gap between leaders’ desire for “empowered and engaged” employees and what actually ends up happening during the personal interactions of leaders with employees. Often, these actions inadvertently have the effect of reducing the employee’s drive toward empowerment.

The problem is that in the heat of the moment of conversation, our leadership brains are wired to take control and give direction. It feels good. We get to solve problems, reduce uncertainty by giving instructions, and raise our level of status and authority.

Unfortunately what feels good for us feels bad for our people. No one ever did anything awesome or great because they were told to. The degree to which we order people around suppresses any opportunity for greatness.

In the early 1960s Stanley Milgram wanted to learn how susceptible people were to doing what they were told and what their willingness to obey an authority figure was, even when ordered to take actions that would hurt someone else.

The experiment went like this: Participants were placed in the role of a “teacher” who administered electric shocks to a “learner.” Every time the learner answered a question incorrectly, the teacher was supposed to administer greater and greater levels of electric shock. The settings on the machine at the higher settings indicated that the learner would be harmed at those levels.

Despite these protests, many participants continued the experiment when the authority figure urged them to, increasing the voltage after each wrong answer until some eventually administered what would be lethal electric shocks.

Similar experiments conducted since the original have provided nearly identical results, indicating that people are willing to go against their consciences if they are being told to do so by authority figures.

So any business, any club, or any society which fosters an “I’ll tell you and you do it” approach will be susceptible to this disconnect. It’s the “I’ll tell you” from the leader that absolves people of the responsibility for their actions and allows humans to do the worst things possible. The age-old response to mass crimes has consistently been “I was just doing what I was told.”

Relying upon a benevolent leader isn’t the answer—the answer is to get everyone thinking and everyone taking responsibility for their behavior. The next time you are tempted to tell someone what to do, and enforce a degree of power over them, whether formalized or not, think twice—and ask them what they think the right thing to do is.

The point of this is not to force the worker to move up the ladder but to move ourselves, as leaders, up the ladder. It is very difficult for workers to be higher on the ladder than the boss. Whatever level the boss is on puts a ceiling on the level of empowerment the workers could attain. While we cannot force someone to move from being a level 1 (tell me what to do) to a level 2 (I think) worker, we can consistently show up as a level 2 boss, asking our teams what they think. This is not only a more enjoyable dynamic; it taps the collected knowledge of your team rather than just the knowledge of one leader.

I learned these lessons in my days as a U.S. Navy Captain on board the nuclear submarine USS Santa Fe when I gave an order that could not be performed, but the watch officer ordered it anyway. He knew it couldn’t have been performed, but he ordered it because I “told him to.” We train people to be compliant and conform. Then we hope that they think for themselves—but this is a long shot.

When leaders make mistakes, we point to them and make scapegoats of them. Often the organization follows the leader over the cliff. The problem is not leaders making mistakes, the problem is leaders giving the orders. For example, Captain Schettino of the cruise ship Costa Concordia was vilified because he drove the ship too close to the island of Giglio, turned too late, ran aground and sank his ship with the loss of 39 lives. The focus of press attention was on the error he made. This missed the point.

The real question isn’t “What was the captain thinking?” but “Why was the captain of the cruise ship giving orders?” While this might seem like an unusual question, we know that when the top person in a hierarchy gives an order, the lower levels are likely to follow. But who has the most information about what’s happening on the ground? The lower levels. The solution isn’t a personnel change, it’s a process change.  We shouldn’t be calling for the heads of those at the top of the tree, but instead calling for the leaders to push decision-making down the hierarchy.

If people have had a long history of working for a top-down boss then they might be reluctant to immediately volunteer what they think. So here are some strategies you can try to encourage someone at “tell me what do” to tell you what they think:

Over the next several months, we’ll be publishing a series of articles to help you practice strategies to move yourself, and your team, up the ladder, one step at a time. Follow along with us, and while you do this, encourage your team to move with you. For now, however, pay attention to how your people interact with you on decisions and train yourself to recognize level 1 (“tell me what to do”).

David Marquet is the former commander of the nuclear powered submarine USS Santa Fe and author of Turn the Ship Around!, which Fortune Magazine called the “best how-to manual anywhere for managers on delegating, training, and driving flawless execution.”

How To Make Your Innovative Idea Seem Less Terrifying

The Nigerian Police And The Politicians: A Case Of The Political Scapegoat

Lightning In A Bottle: How A New Startup Finds Success In Buying And Selling Wholesale Electricity