The Death of Conscience in Nigeria – Pat Utomi 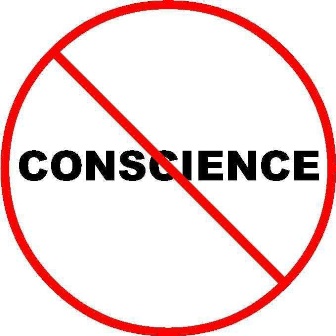 “The truth of the challenge of saving the dying conscience in Nigeria, it seems to me, has to begin with enlightenment on our shared humanity. The death of anyone should, as the great quote goes, diminish us. The death of so many should crush our spirits and inspire action. The abduction of so many innocents unto so uncertain a fate should force us all to lose sleep“.

It used to be said that a conscience can become seared. As I watched a country carry on after more than 200 young women were abducted by anarchists who use terror as their signature tune and the powerful carried on as if nothing was troubling, and most of us as if it were a distant irritation, I felt rage in my spirit and a sense that in Nigeria, man’s humanity had been crushed and conscience had passed from being seared to suffering death.

To reflect on the death of conscience is a grave thing. As conscience is the inbuilt compass that enables the human navigate between good and evil, if it dies, I wonder if we can truly call who is left, human. Yet, as you look around, you see conscience in a frightening state. How can so many young people face a fate worse than terror attack and the institutions of state function as if nothing happened?

Much has already been said about the President celebrating and dancing in Kano and Ibadan the day after the first Nyanya bombing left nearly a hundred citizens dead and so many more severely injured. Many have compared Aso Rock’s response to that bombing with the response of The White House to the Boston Marathon bombing in which three lives were lost. Those comparisons lead me to recall a similar incident I commented about several years earlier.

In the same week that a cable car accident in Austria resulted in three deaths, a tanker truck crashed into a traffic jam created by a roadblock near Ibadan caused more than 200 deaths. Austria went into national mourning, flags flew at half mast, broadcasts appealed to the national spirit.

In Nigeria, the President, Gen. Olusegun Obasanjo, did not even bother to ask the media officer in the Villa to issue a statement. I asked at the time what a Nigerian life was worth. But we know that the Federal Executive Council can suspend sitting if a sibling of the Vice-President dies. Is it a matter of relativising the worth of people?

My friends who teach ethics will tell you that once you relativise the worth of another, you have made your own worth relative. This is precisely why people in power are worshipped and the day after, they are out of power, are treated like dirt by those people who the day before said they were the greatest thing since sliced bread.

The truth of the challenge of saving the dying conscience in Nigeria, it seems to me, has to begin with enlightenment on our shared humanity. The death of anyone should, as the great quote goes, diminish us. The death of so many should crush our spirits and inspire action. The abduction of so many innocents unto so uncertain a fate should force us all to lose sleep.

Instead of leaders closing ranks in advance of the common good, everything is reduced to partisanship and some are even questioning that the abduction took place as some people question that the holocaust took place. This cannot be our way.

Again, it is important for those who think it is something happening to one remote part of the North-East to be reminded of Rev. Martin Niemoller and Dante’s inferno.

To this I would like to remind that in Dante’s inferno, the hottest part of hell is reserved for those who in a moral question take refuge in neutrality.

We cannot go on with consciences that leave much to question. We saw a country cheer on as power raped the banking system, stealing people’s property and ordinary Nigerian shareholders lost their life’s savings and investments but we failed to speak up. Those that tried to point to truth were shouted down. Now, the wound is open.

When I called for international consultants to be used to evaluate the Central Bank of Nigeria’s decisions on bank takeover, some said sour grapes. Now, let us go to the Financial Reporting Council of Nigeria and see what documents they can find in the CBN after the gang rape of an economy we cheered.

If the conscience can be shut out in one area, it can be everywhere.

Beyond the CBN, this syndrome of impunity, no matter how much it makes others suffer, has become widespread in Nigeria and the daily killing and maiming of innocent people have simply become part of this recession of conscience evident in corruption whose consequence is the slow death of many but which is now systemic and some see as an entitlement. The seared conscience prevents us from seeing the real consequence of the bribes we demand.

The nature of this dying conscience comes alive in what has happened to the missing Chibok girls’ story which we have to close with.

Imagine for a second that one of those girls were your daughter or sister. Think what you will be feeling and thinking now. Think also of how if we fail to nip one social problem in the bud it quickly becomes a norm. Remember how kidnapping started in the Niger Delta.

Today, the South-East is sliding back because its sons and daughters are afraid to visit. So, Boko Haram is not a North-East problem. It can be the death of all of us.

Until we act together from an awakening of conscience, we may be sub-optimising big time in thinking we are being self-centred. In front of us is an intersection. We can either walk the road to Somalia or pour cold water on our snoring consciences.

Pat Utomi is a political economist and professor of entrepreneurship, is Founder of the Centre for Values in Leadership.

Do You Leave Open A Million Tabs? ‘The Great Suspender’ Chrome Extension Is For You