The Failure of Age on the Nigerian Society 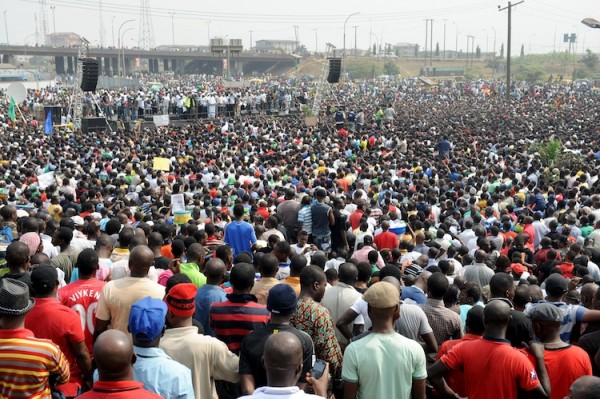 “Age seems to derive joy and some kind of sinister satisfaction in seeing his people suffer. How else can one explain the heartlessness in the practice of watching people settle in an area for years, making it their home, only to be uprooted the next day without an alternative plan for them? In most parts of the world, such exercises are never done without first putting in place a better structure for the settlers. Age jets out of the country at will and is aware of all these. But do they bring such knowledge to bear on our country? Not at all!“

It is often said that nothing is hidden under the sun and all things done in secret will be revealed some day. These are the words on which those denied justice hinge their hopes; the hope that the truth will be revealed one day and justice, served. However, what happens when we see the truth all around us, as clear as day, and do nothing about it? What happens when those who are responsible for the darkness that has engulfed our nation feast all day long, pretending not to notice that they have failed this generation and  many to come? What happens when shame vanishes from the vocabulary of those who are supposed to be our role models and all that is left is their endless display of arrogance emanating from  hearts which had  been hardened  against those who look up to them for guidance? What happens when Age fails us?

Age, here, refers to our elders and leaders. They are the ones who have held the country hostage for so long a time now. They say they have the country’s best interests at heart and this alone, according to them, is what motivates them to ascend to leadership positions.  They claim they would use their wealth of experience and foresight to lead the nation on the path of development where every citizen can afford basic education, food and shelter.

However, their promises have been nothing but a mirage as the citizens groan under bad leadership and failing societal structures. Crime reigns supreme and corruption governs all. The citizens are impoverished and cannot even feed themselves while Age deceives us with projected economic growth on charts that have no impact on the common man. Can Age not see that charts and bars are not parallel with the reality of the nation today? Can Age not hear the constant complaints of the citizens over the media? Can Age not realise that they have failed and need to make amends before it is too late?

Age doesn’t have to visit the hospitals to know that healthcare is far from affordable to the common man and even if it were affordable, for reasons best known to Age, medical equipment are anything but available. Where equipment is available, they are not functional and where they are functional, only a few know how to operate them. Age would not experience this because Age jets out of the country to treat common cold. Age would rather trust a stranger in a foreign land with his life than trust his fellow citizens. Age had promised that healthcare would be available and affordable but if the situation is as he promised, why does Age not visit our hospitals? The irony is that even the hospitals situated in the place where Age works is seldom visited.

With various schools situated under trees, Age send their children out of the country to schools built with commitment and hard work. Age care less about the educational sector and the whole sector can collapse as long as their own children are not affected. Age can vote hundreds of millions towards feeding themselves but cannot vote same to construct schools and pay teachers adequately.  Teachers lack motivation as a result of little issues which Age can take care of. Age has failed the education sector.  To remedy it, the first step is to make sure that all the children of Age do not fly abroad for studies and while at home, they should be made to attend public schools. It is Age that ought to implement these but of course, they would not.

Age is a reckless spender of funds for causes which are a far cry from the needs of the citizens. Age uses government funds to construct a house in which he would dwell in for the same amount of money that can construct over two hundred houses for low income earners.  Foolishly, their errand boys would justify this by saying that the personalities of the people who would reside in these houses were taken into consideration, hence the huge cost associated with the construction of just a house or their Banquet Hall. Why can’t Age build houses and rent them out to the masses at very affordable prices? Why can’t Age provide an affordable housing scheme for those who would want to own a house? Why can’t a young graduate be a house owner even if he would complete the payment for the house in 20 years? Ironically, Age build houses they would never reside in and also build for their children who have no interest in such. The effect is a lot of vacant houses litter everywhere. A drive around Aso Drive in the FCT is all the confirmation one needs. Why can’t Age enact a law which would compel the owners of unoccupied structures to pay a certain amount as tax? Why can’t Age seize such properties and auction them to those in need? Your guess is as good as mine.

Have you experienced firsthand, observed or heard of the pain Age inflicts on their citizens with regard to housing? Once they find any plot of land they like, they go to any unreasonable length to make it theirs or share them out to friends and boot leakers under the pretext of over-riding public interest! Age have no qualms of conscience when it comes to demolishing near complete housing units, not minding the sweat and blood of civil servants and pensioners that have gone into those buildings. A case in point is the Minanuel Estate, Airport Road, Abuja, where an almost completed 500-capacity housing unit, was demolished by the paraphernalia of Age without batting an eyelid.   How about the demolition of supposed ‘illegal settlements’ without providing alternative accommodation for thousands of legal citizen hitherto rendered homeless?

Age seems to derive joy and some kind of sinister satisfaction in seeing his people suffer. How else can one explain the heartlessness in the practice of watching people settle in an area for years, making it their home, only to be uprooted the next day without an alternative plan for them? In most parts of the world, such exercises are never done without first putting in place a better structure for the settlers. Age jets out of the country at will and is aware of all these. But do they bring such knowledge to bear on our country? Not at all!

There are good roads where Age resides and these roads are well constructed with traffic and street lights. The same is not the case where the masses reside. In the towns where the masses live, there are hardly ever any good roads and street lights are  fantasies. The roads there are often not wide enough for the daily heavy volume of traffic they encounter. For instance, in the FCT, the Nyanya -Keffi Road is the only road that connects commuters to Nyanya, Karu, Mararaba, Keffi, Jos, Bauchi, etc. This road witnesses unimaginable traffic jams during peak hours daily. People often sleep on the road in the event of even a minute accident as a result of the traffic, not to mention the number of lives lost on this road regularly.  This road has been this way for years now but our visionary Age has not done anything to alleviate the plight of those who use this road on a daily basis. Age has promised to construct an alternative road but the realisation of that is left only to our imagination.

Does the inability to solve simple traffic congestion not show in itself the failure of Age? What about the siren blaring vehicles used by Age to force poor motorists off the road? Confronted with traffic jam,   Age does not hesitate to jump to one-way lanes and drive against traffic. Is that leadership by example? Has Age given us any example worth emulating?

Is it not often said that the child usually does greater things than the parents? If this is the case, then our youths would definitely exceed the antecedents of Age in terms of failure. What this portends is that the worst is yet to come for when Age passes on the baton to youths, the society as we know it, may cease to exist. One way to avoid this is to give youths a positive example to emulate. Currently, if you turn your searchlight on the home affairs of Age, you will see that most of their children are taking after them in unimaginable dimensions. This rot can be reversed if Age chooses success over failure, selflessness over selfishness and humility over pride.

While it cannot be said emphatically that every Age has failed, there are some who are committed towards growth and development and have provided leadership worthy of emulation. The few youths who have not been swallowed by the virus of greed look up to these few but unique set of committed Age for guidance and when the time is ripe and one or more of these selfless thinking youths are in the position of Age, this country may just become Heaven on Earth.

What can Nigerian youths give to the country?

The Nigerian simply on his own (1)

One thought on “The Failure of Age on the Nigerian Society”