The ‘Mumufication’ of the Nigeria Society – Pius Adesanmi 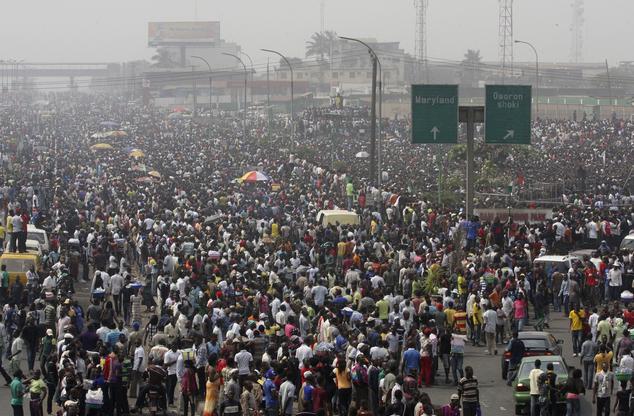 “I have written time and again that the collapse of Nigeria’s educational system is not an accident. It is deliberate. It is purposed. A state that is going to be run based on ethos and practices deemed crude by the standards of Orangutan society needs a sedated and diseducated citizenry that is hostile to critique in order to survive and perpetuate herself. And when that state succeeds in manufacturing a critical mass of consent and conformity such as we see in Nigeria, the triumphant ruling class has only one responsibility unto itself: the sustenance of a wrongly-wired psychology in a vast majority of the citizenry“.

If you are in your thirties and above and anybody is deceiving you that the just and fair Nigeria we are struggling for will happen in your life time, please do not deceive yourself. Struggling for the dreamable, refusing to relinquish the imaginable, hanging on stubbornly to the possible, as some of us are doing 24/7, are all praxes that must be rooted in pragmatism and an acknowledgment of the degree of the rot; the rot that will prevent you and this writer from seeing a reimagined and remade Nigeria is not corruption.

It is not Boko Haram. It is none of the unending dysfunctionalities and irrationalities of statehood that have turned the Nigerian tragedy into a nightmare from which Africa struggles to awake.

The rot that will prevent the Nigerian renaissance from happening in my life time is not even summed up by the fact that we have now effectively surpassed every available model of the corruption, abuse, and misuse of sovereign statehood known to man.

Although I will not hold my breath, I want to wager all the same that the record set by an irresponsible sovereign state when she goes to the doorstep of another sovereign state to claim and own such grievous crimes as cash trafficking and gun running, all in the bid to shield powerful interests, will not be broken quickly. And if this record will be broken at all, it is safe to bet that it is only this international crime-owning state that will ultimately beat its own prolific record in the manufacturing of horror.

The mind that has been manufactured to constantly justify, rationalize, explain, and identify with every horror while criminalizing the faintest manifestation of critique is the greatest threat to the emergence of a new Nigeria. The mind that mistakes a fetid personality cult of the incumbent for patriotism is the greatest obstacle to national becoming.

It has taken the rulers of nigeria some five decades of abject postcolonial statehood to produce this mind. It will take four to five generations to undo the damage because it is easier to destroy than to build.

I have written time and again that the collapse of Nigeria’s educational system is not an accident. It is deliberate. It is purposed. A state that is going to be run based on ethos and practices deemed crude by the standards of Orangutan society needs a sedated and diseducated citizenry that is hostile to critique in order to survive and perpetuate herself. And when that state succeeds in manufacturing a critical mass of consent and conformity such as we see in Nigeria, the triumphant ruling class has only one responsibility unto itself: the sustenance of a wrongly-wired psychology in a vast majority of the citizenry.

That is why I pity members of the Nigerian community of conscience who are fighting corruption without paying attention to public instruction. Without civics, the diseducated – and I have deliberately created that word, diseducated, to imply deliberateness on the part of those doing the diseducating – citizen is in the pocket of his oppressor. He will identify with his oppressor on the basis of ethnicity, faith, language, etc. If you insist, he will abuse your father and abuse your mother. He will ask you: “wetin be your own sef? Na your money e steal?” You struggle for Nigeria in vain in the context of this sort of mass psychology.

Public instruction is therefore the place to start. A sustained struggle in the arena of public instruction may create the conditions that could facilitate the emergence of the Nigeria of our dreams five generations from now. Time is of the essence. Every teachable moment must be grabbed to work on the Nigerian psychology. Yes, it has been so damaged, so corroded, so wrongly wired that you don’t even know where to start. But start we must.

An occasion presented itself to me today. In the fevered brain of the leadership of APC, it is somehow okay to ask aspiring presidential candidates to cough out twenty-seven million naira for nomination forms! I thought this was madness. I thought that this constantly fumbling political party has bungled yet another opportunity to stand apart from the ways of PDP. I issued a statement on my Facebook Wall condemning the fee. I zoomed in particularly on three of the party’s aspiring candidates: General Muhammadu Buhari, Comrade Adams Oshiomhole, and Mr. Sam Nda-Isaiah. If these men succeed in paying twenty-seven million naira, I enjoined the party to insist on an open declaration of the source of the money as a way of showing that they are different from PDP.

As reactions flowed on my Wall, one compatriot preferred to send a private note to me by email. He identifies with the spirit of my argument, he says. In fact, he likes my submissions a lot. But, as a Buhari loyalist, he is somehow irked by my suggestion that “General Buhari, a whole former Head of State”, may not have twenty-seven million naira and may need some help to find it. Haba Prof, he says. Twenty-seven million may sound like big money to you guys out there, he continues, it is weekend party money for boys “around here”. Of course, I am familiar with the fact that certain layers of Nigerian society crawl in loads of easy, free money.

I pondered what to say to him, realizing the immensity of this teachable moment. I wondered where to start since the opinion he expressed is a window into a mindset that is deeply rooted in the Nigerian psychology – and there can be no progress until we reteach and rewire this psychology. Do I begin by telling him that in responsible democracies, the fact that General Buhari has held that office is the first and loudest reason why he should find it difficult to afford twenty-seven million naira? Do I tell him that the fact that Generals Ibrahim Babangida and Abdusalam Abubakar occupied the same office and ended up with hilltop mansion way beyond the totality of their entire earnings in their military careers is the first reason why they both ought to be serving life sentences in Gashua prison? Do I tell him that public office is a huge sacrifice in responsible democracies because you foreclose the possibility of making money? Do I tell him how long it took the Clintons to get out of debt after office? Do I tell him about the student loan and Chicago mortgage of the Obamas? They finally paid off their student loans but I am not sure about that Chicago mortgage.

Do I tell him why people resign after a short stint in the cabinet in serious democracies? They resign to go and make money. They cannot make money while serving in public office. Ask Ari Fleischer how much he was making on the podium in the White House and how much he now makes as a conservative pundit. Do I tell him that Karl Rove makes more now than he could ever have made working in the White House? Do I tell him that in France, our friends, Jacques Chirac and Nicolas Sarkozy, are struggling with legal bills – and all kinds of bills?

Do I tell him that if anybody comes out of public office rich and comfortable, it is your duty as a citizen to raise eyebrows and pester the tax authorities until they open an investigation? Do I tell him that the mindset which produces that famous Nigerian sentence, “a whole so and so cannot be expected not to have such and such amount of money”, is a function of the psychology that the Nigerian ruling class is sustaining in order to mass-produce a citizenry that permanently justifies looting? Haba!, goes the Nigerian, how can you expect a whole State Governor not to be able to afford such and such? How can you expect a whole Senator not to be able to afford that house? The man don arrange o. You better keep quiet, you hater!

And we ask no questions even when they brandish stuff beyond their legitimate income in the public sphere. Not so long ago, the outgoing Governor of Ekiti state, Dr. Kayode Fayemi, made a lot of noise about students he was sending for University education abroad from his own pocket. More than a dozen or so students enjoyed a personal scholarship of Dr. Fayemi to go to OxBridge in Britain and Ivy League destinations in the United States. People who ought to know and people who don’t know went to town celebrating and praising Dr. Fayemi. Nobody bothered to think about a year’s tuition as an international student in an American Ivy League. Nobody bothered to weigh the tuition fees of the students he sent to Britain and the United States from his own private pocket against the backdrop of Dr. Fayemi’s legitimate monthly income as a state governor. Why did it not occur to anybody to ask questions? You guessed right: howu, how can you say that a whole state governor cannot afford it? Na poverty mentality dey worry you!

So, dear friend, when the candidates of APC begin to pick up presidential nomination forms for twenty-seven million naira, your responsibility as a Nigerian citizen is to ask questions about the source of the money. And if any Stockholm Syndromed compatriot abuses you, saying, “how can you expect a whole Lagbaja and a whole Tamedun not to be able to afford twenty-seven million naira”, do not abuse him or her in return. Show some sympathy. Show some understanding. Show some love. Show that you know the origins of his or her psychology. Remember, unless you act and teach this wrongly-wired psychology, you will not witness Nigeria’s renaissance in your life time. For the greatest tragedy is that the consequence of ignorance is democratically suffered. Those who know suffer the consequences of the ignorance of those who do not know in equal measure. Alakoba ni won.

Therefore, you must educate that psychology so that your children’s children may stand a chance of witnessing the beginning of Nigeria’s renaissance. And if they abuse you as you try to educate their psychology, shake off the dust of thine feet in testimony against them.

4 Questions to Ask Before Overhauling Your Business

5 Reasons Hierarchy Is Killing Your Culture