The Nigerian situation: Professionalism as an escape route 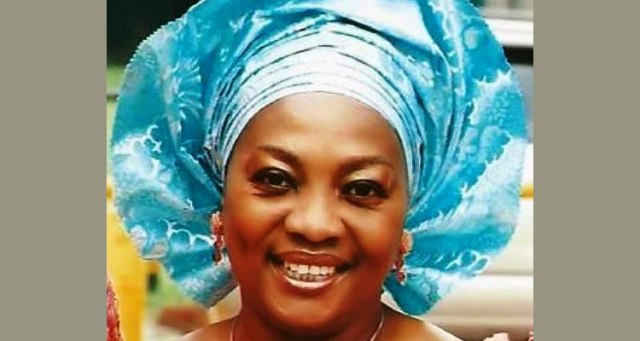 “It becomes safe to argue that many Nigerians will not act differently from the crop of political leaders we have if, by chance, they find themselves in the corridors of power. If not influenced by the society, coterie of aides and assistants are there ‘to show how it is done’. We will hear comments like, ‘this government is so tight fisted’, ‘money is not in circulation like before’, ‘and does this man think this is his father’s money?’ ‘It is our turn to chop’, ‘everything don lock up.’ Or is it uncommon to find newspaper pages filled with congratulatory messages to those appointed to senior government positions. Certain people consider this as being called to the table to share the national cake“.

TWO worthy-of-note incidents in recent times bring to fore the key question of professionalism and patriotism among Nigerians. One was the death of Dr. Ameyo Adedavoh, the brave physician whose professionalism and love for her country ensured that Nigeria has recorded, so far, only seven deaths from the Ebola Virus Disease (EVD) and has been able to keep tab on primary and secondary contacts of the index case. Had she not had the presence of mind, or she only paid lip service to her sacred calling, I am quite certain we would have been in a really very deep mess by now.

The second incident was the passage of a woman who earned the accolades and rights to be truly called an Amazon. I speak of no other than Prof. Dorothy Nkemdilim Akunyili. Dora’s final journey home started on Fridayand was to culminate in her burial at her husband’s country home in Agulu, Anambra State. Anambra State government and Anaocha local council took the lead in her burial. She died on June 6 in India, after a brave and courageous battle with cancer. Very few Nigerians, and I mean very few, get such privilege and honour of being buried by the state. Dora’s is another case of professionalism, patriotism and the quest for public good. She never stopped loving her country and using her knowledge, skills and personal trait for her compatriots from untimely deaths by taking fake drugs. Dora went to battle with merchants of death masquerading as drug sellers. Alas their drugs were fake!

Or who will forget in a hurry her role when the country was at a crossroads during the heady days of President Yar’ Adua when she triggered a principled controversy that finally ended in the doctrine of necessity to have Goodluck Jonathan take over the reins of power. She spoke out for propriety, decency, and law when legions were hiding behind their fingers and many opportunities were brandishing their practised sophistry to subvert public good. The disciples of propriety eventually carried the day through the instrumentality of the doctrine of necessity. Thanks to Dora.

I am bringing this discussion to the front burner given recent discussions particularly on my Facebook page questioning who takes the blame for the Nigerian situation between leaders and the citizens. It is a very difficult question to address, especially as national roles and responsibilities follow a vicious cycle. While it can be argued that leadership ought to take the lead in setting the right platform and environment for a successful nation, it also becomes important to recognise that out of a followership, leadership is chosen in which case, leadership is a mirror image of what the society looks like.

It becomes safe to argue that many Nigerians will not act differently from the crop of political leaders we have if, by chance, they find themselves in the corridors of power. If not influenced by the society, coterie of aides and assistants are there ‘to show how it is done’. We will hear comments like, ‘this government is so tight fisted’, ‘money is not in circulation like before’, ‘and does this man think this is his father’s money?’ ‘It is our turn to chop’, ‘everything don lock up.’ Or is it uncommon to find newspaper pages filled with congratulatory messages to those appointed to senior government positions. Certain people consider this as being called to the table to share the national cake. The situation is as apt as we have institutions that serve as change agents; to change the economic status, pockets and bank accounts of the occupiers and his/her lackeys. And in truth, we have seen such holistic change in fortunes.  That is why our compatriots lobby hard to be appointed DGs and Ministers. That is why ministerial and diplomatic positions are considered compensatory to political ‘efforts’ contributed in winning elections. Do a quick check, whether at the Federal or state level, appointments are classified into two categories: The technocrats, who are appointed based on their wealth of experience and knowledge, and the politicians, who are kept because of their political value especially during election years. Wherever you see key positive changes happening, check well, often it is the technocrats at work. Political appointees will keep up the propaganda and oiling of their political machine in preparation for the next election season.

But the problem does not end there. Because, for every public role or function, ministry or parastatal, even private concerns, there is someone manning both higher and lower position in such an organisation. Such department or agency was created to solve a problem. With the problem in mind, responsibilities for each role were designed and it is clear to see how each role contributes to resolving the identified problem. Resolution of that problem affords Nigerians improved access to social services and then a better life. Failure results in Nigerians being vulnerable.

Hence, our problem actually starts when persons charged with certain roles, no matter how small, begin to fail as professionals. It means that in our various roles, if we handle our jobs dutifully and honestly, we will be able to confront the myriad of issues we ascribe to the government of the day. Let us consider a scenario where a revenue officer fails to keep his register up to date. How will he track to know when tax returns are to be filed? It means Nigeria will lose revenue. Or, imagine a customs officer not being alert to inspecting imports, and arms illegally come in? What if a doctor requires gratification before he treats a patient? Recall the report in which the Chief of Army staff lamented that officers now join the military just as a means of solving their unemployment and not commitment to service. It would appear not many Nigerians understand the implication of this. A likely result of that statement is the escape of 450 military officers to Cameroun when they came under Boko Haram fire. We are currently experiencing internal insurgency. Now, imagine what will happen when external aggression comes into the picture? Who will stand up for you and me?

Essentially, before anything, I figure that if we face our various roles, within the organisations we work, public or private, it will not be so hard to have things fixed up. But we will keep complaining as long as people see their roles are a means of personal enrichment or gratification. As long as we short-change others and use our position for personal enrichment, things will not change, even if we have the right man at the top.

I can understand the individualism. Everyone trusts no one or the system to adequately cater for their social needs. The wrong sort of role models and sleaze is always in your face. Hence, not many people can resist the strong urge to join in the spree or the aspiration to be like them. But if we are unwilling to imbibe professionalism as a strategy, we then need to stop complaining and accept that we are getting what we bargained for.

We can rant all we want, but that’s about it. We need to embrace the sacrifice ahead of us. Fortunately, we are never short of case studies to learn from to imbibe the needed attitude change. The two women mentioned in the foregoing represent the mindset Nigerians need to adopt to set meaningful change in motion. I can always bet as well, that there are more of them around us and within government circles. The approach and manner with which the Ebola case is being tackled is an idea of what we have and can do. But the pervading negativity is way too heavy to notice them. Man’s instinct of self preservation seems to get the better part of us and our reasoning.

It also does not matter how lowly placed, those little activities add up to something big. Dora did not suddenly happen on the big stage. She had antecedents. From her days distributing fertiliser as the Supervisory Councillor of Agriculture in Anaocha local council, to her job at PTDF and eventually NAFDAC, she set a certain trend and it is clear to see what she had in stock. It was from doing the small things well that her portfolio grew the same as her integrity.

I still keep wondering why most of our ministries, departments and agencies cannot be run like profit making ventures with performance indices tied to salary and compensation. The benefit is that, aside people being up and doing, knowing well that their reward lies in their achievement, when someone pays for a service, the person is certainly going to demand quality service and hold the service delivery organisation accountable.

I will conclude this essay with this quote from Chude Jideonwo, in his book, ‘Are we the turning point generation?’ He says and I quote,’ They couldn’t be more different (speaking of Dora Akunyili and Oby Ezekwesili), underlying the fact that Nigeria doesn’t need a certain kind of person, it needs a certain kind of principle; one that does its job, one that solves problems, one that stays committed to the task of nation-building’.

If you want to see a changed Nigeria, stop the suspicion, start from that man in the mirror.

The YOUTHSPEAK Column which is published daily, on weekdays, on the back cover of THE GUARDIAN Newspaper, is powered by RISE NETWORKS, NIGERIA

’s Leading Youth and Education Development Social Enterprise, as a substantial advocacy platform available for ALL Nigerian Youth to engage Leadership at all levels, engage Society and contribute to National Discourse on diverse issues especially those that are peculiar to Nigeria.