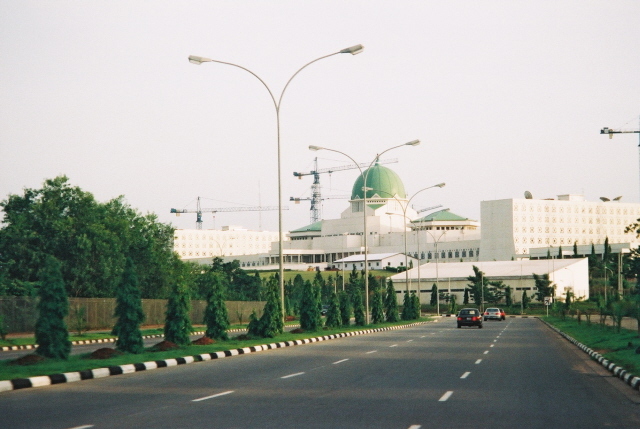 “A parliamentary system, in addition to being highly efficient, fosters economic growth and is most favorable for nations rife for ethnic and tribal crises. In operation, all the electorate does, is selects its local representatives. It is these Members of Parliament (MP’s) that then choose the house leader and potential Head of State from within the legislative branch (parliament) in an internal process. The biggest party (or biggest coalition) gets to form the government. The process not only drastically saves in cost, but also abates ethnic fracas and a violently heated polity.“

While in Francophone Africa, the presidential system was in effect from independence, almost all former British colonies started out as Westminster-style parliamentary systems. The list includes- Nigeria, Ghana, The Gambia, Zambia, Zimbabwe, Tanzania, Malawi, Mauritius, Kenya, Uganda, Sierra Leone, the Seychelles, and Botswana. In most all, except Botswana and Namibia, the prime minister eventually became president and the nations practically operated on a one-party system. The World Bank rates South Africa, Mauritius, Gabon and Botswana, upper-middle income economies. It is more than a coincidence that of these four nations, three run parliamentary democracies. South Africa, which has the largest economy in Africa, adopted a parliamentary system, which is working well for the nation. Botswana which has operated the parliamentary system since independence has remained stable and had the highest economic growth in the world. Parliamentary Namibia is one of the few countries that have consistently enjoyed peace and stability in Africa, with virtually no political turmoil or related civil strife. The same can hardly be said of the presidential African nations. The other African nation that had a parliamentary system, Libya, despite ‘Dictator’ Gaddafi, had the highest Human Development Index (HDI) in all Africa till he was toppled. The continental drought of this safer and more sensible system does appear to be some form of mega conspiracy or mega corruption.

Nana Owusu-Nkwantabisa said in Modern Ghana that the Western style of democracy that we have embraced—in follow-follow style—without adapting it to our traditional system is hurting. He further stressed that the presidential system was alien to Africa and that Africans need to utilize the parliamentary system of government which is very much akin to our traditional system, and that each constituency must be represented in national parliament, and each community should elect and sponsor its parliamentarian. Going on further, he expressed that the western democracy Africans have adopted introduced the concept of the opposition which is opening old wounds and fueling ethnic fracas.

In Nigeria, a group under the aegis of Youth Alive Network Nigeria, on August 25th also called for the re-introduction of the parliamentary system to cut millions in electoral financial waste. The 2011 elections in Nigeria cost 123 billion naira, and yet failed to yield worthwhile results. That is gross waste, in addition to the ethnic fractionating results. Nationwide political campaign money sploshing further violates the nation while ripping it apart.

Reviewing many contributions to the discussion, what can be agreed upon with the present political democratic atmosphere in the continent, is that an intellectual, culturally cognizant review of our systems is pertinent with view to amendment. There are problems in the continent, and these problems do not appear to be abating by any measure.

The discussion on re-instituting the parliamentary system has been rife in Kenya, as politicians desire to tame the powers of the president—one of the advantages over the presidential system. With a colonial wrought problem similar to Nigeria, many politicians clamor for a ‘Majimbo’ political devolution of power to the country’s regions. The 1964 revised Kenyan constitution, which adopted a presidential system, spawned years of political crises and post election violence in the nation, and resulted in a split of executive powers.

In April, former National Chairman of the defunct Progressive Action Congress (PAC) of Nigeria, Chief Charles Nwodo as reported, said the parliamentary system was so favourable to Nigeria to “an extent that Nigeria was competing favourably with the developed countries, especially the so-called Asian Tigers”. He opined that, “in 1979 when the country started presidential system of government, Nigeria started having economic problems in spite the oil boom,” describing the presidential system of government as “the most expensive system practised in the whole world” and clearly not the best for a developing country like Nigeria. “With presidential system of government, you may end up using one third of the total annual budget to service political office holders at the expense of infrastructure development.”

Challenging the system in response to financial and political pressing realities, Time editor and CNN host, Fareed Zakaria queried whether the United States needed a Prime minister, in reaction to the 2011 drop in the nation’s credit rating due to a deadlock as a result of the polarizing effect of the nations presidential system. He said, “After the S&P downgrade of the United States, no country with a presidential system has a triple-A rating from all three major ratings agencies. Only countries with parliamentary systems have that honor (with the possible exception of France, which has a parliament and prime minister as well as an empowered president).” These are very important considerations to be made by progressive statesmen. Fareed further referenced Juan Linz, a professor of social science at Yale, who argued that parliamentary systems were superior to presidential systems for reasons of stability. In a parliamentary system, Juan Linz contended, the legislature and the executive are fused so there is no contest for national legitimacy.

A parliamentary system, in addition to being highly efficient, fosters economic growth and is most favorable for nations rife for ethnic and tribal crises. In operation, all the electorate does, is selects its local representatives. It is these Members of Parliament (MP’s) that then choose the house leader and potential Head of State from within the legislative branch (parliament) in an internal process. The biggest party (or biggest coalition) gets to form the government. The process not only drastically saves in cost, but also abates ethnic fracas and a violently heated polity. No system is perfect, all systems ultimately being are as good as the people; but in view of Africa’s history and conundrum of crises and conflict, the parliamentary system holds better promise.

The parliamentary system does of course have its challenges, a major one being the in-parliament bribing of representatives, though the World Bank found in a 2001 study, that parliamentary systems are less prone to corruption. Many other analysis have corroborated this. The MP’s are the best representatives we selected from our communities. As they conduct their duties, they represent us. The Prime minister is a member of the parliament and not a ‘foreigner.’ If he or she loses the support of the majority in the legislature on a significant vote, he or she resigns and elections are immediately called. Thus his powers are significantly limited. Accountable to the legislature, he defends his job every day. This is identical to what obtained under many kingdoms in pre-colonial Africa where the elders could pass a no confidence vote on the king, sentencing him to suicide or self exile. Senegal’s Serer elders informed the King his time was up by drumming a particular beat, while Yoruba people of Nigeria had the Bashorun notify the King it was time for him to kill himself by giving him an empty calabash or gift of parrot’s eggs.

There is urgent need for robust public discussion, review and referendum—if needed—on the democratic and political systems in Africa with focus on the re-introduction of parliamentarism.

We need to move forward.

Just Say Thanks: Why Accepting Compliments is Good for Your Career

Jonathan and Richest African Presidents’ List: To Whom it May Concern

Recounting The Nigerian Civil War: Really, There Was A Country