The Power of Being Thoughtful and Kind 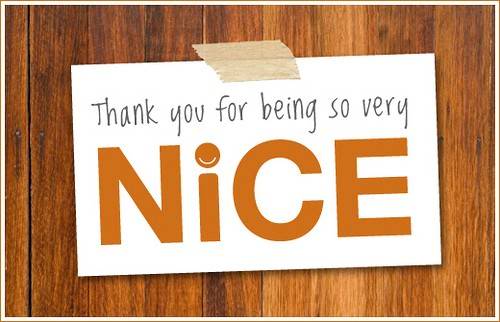 “When someone does something that helps you, even in the smallest way and even if it’s their job, go out of your way to say thanks. Make it your mission to recognize the people behind the tasks: the people that support, that assist, that make everything possible.“

My client acquired a large company, and I went along for his initial meetings with his new employees. In the afternoon, he planned a companywide address. But that morning, we met for several hours with top executives.

The meeting ended at noon, and when we walked out 15 minutes later, he noticed a sizable buffet set up on the other side of the atrium. There were plenty of people standing around in white coats and black slacks but no one in line or sitting at tables.

“What’s that for?” he asked someone walking past.

“The company arranged a meal for after your meeting,” she said. “A local restaurant closed for the day to come here.” She paused. “I think the chef and her staff were really excited about it,” she said, her voice trailing off at the end.

“Did anyone eat?” he asked.

He stood looking a few moments. Even from a distance, it was evident the catering staff was confused and disappointed.

But he did more than just eat. He spent a few minutes talking to every–every–member of the staff. They knew who he was, and while some were initially shy, they quickly warmed up.

And why wouldn’t they? He complimented the food. He complimented the service. He joked and laughed. When we finished eating, he said, “We can’t let great food go to waste!” and borrowed two white coats so we could serve them. Then he made the rounds of the tables and happily leaned into all the selfies.

When we finally left, he waved and smiled.

Sure, they loved him for it.

I already knew the answer, but as we got in the car, I still asked. “I know your schedule,” I said. “You couldn’t stop to eat. Besides, no one else did, so no one would have noticed.”

“I felt bad for them,” he said. “They tried hard to do a good job, and everyone blew them off. How bad would that feel? So it was the least I could do.

He thought for a few seconds. “And maybe they’re the wrong people for the job, ” he said.*

Much of the time, we want famous people to be so humble they don’t recognize there’s a fuss, a special buzz, that people are excited to see them. We want them to be oblivious to their fame or importance. (After all, if they’re too aware, that means they’re too full of themselves.)

But what we should really want is for famous or notable people to recognize that in the eyes of others, they are special–and that other people might want something from them, even if that something is the simple recognition that what they do matters.

Picture a CEO walking into a building for an important meeting. Maybe he says hello to the receptionist. (Maybe.) Otherwise, he only has time for the people at his level. It’s like no one else exists; they’re just unseen cogs in a giant machine.

So go out of your way to smile to everyone. Or to nod. Or to introduce yourself.

And when someone does something that helps you, even in the smallest way and even if it’s their job, go out of your way to say thanks. Make it your mission to recognize the people behind the tasks: the people that support, that assist, that make everything possible.

Even though most of us aren’t famous or notable, by recognizing people–especially those who have been conditioned to not expect to be recognized–we add a little extra meaning and dignity to their lives.

And that’s the best reason to go off point, off focus, and off task.

Although, when you think about it, you really aren’t taking yourself away from an important task. You’re just shifting to an equally important task: showing people they matter–especially to you.

The Power of Dignity in the Workplace

Enter For The Global Business Challenge (GBC 2015) For Graduate Students

5 Mistakes You Can’t Afford To Make