The Quest For Political Power And Contemporary Economic Realities In Nigeria 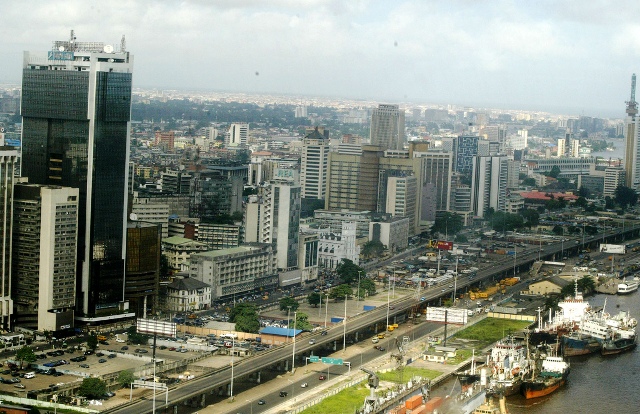 “As the saying goes, no condition is permanent. The oil and gas sector that regrettably made Nigeria and her citizens live a false way of life has been on a steady decline. Expected national revenue from the sector is no longer feasible. Budgetary implementations have become characterized by precariousness and extremity of pecuniary difficulties, if not impossibilities. The country’s currency; the Naira, has nose-dived to a level of economic discomfort. Many governments in the country appear to be at the cross –roads with the present economic realities“.

As it is well known, every season has activities that keep persons within it busy. Presently in Nigeria, individuals and groups, especially politicians and political parties, have kept themselves pre-occupied with the pursuit of political power that, expectedly, could be actualized in May, 2015. To that extent, every nook and cranny of the landscape of Nigeria is charged with a very high tempo of political jamboree, manoeuvres and manipulations. Typical of Nigerian politicians, promises are being made left, centre and right. The electorate may not be surprised to hear political aspirants promise to construct bridges where there is no pond, much more river.

A retrospective glance at Nigeria makes it clear that the country will be fifty-five years of independent nation-hood on October 1st, 2015, being the year of the anticipated next general elections. Any man at fifty-five who does not feelinsulted, if addressed as a child or even a boy, must be singled out for a special case study in psychology.

It is pertinent to recall that Nigeria held a lot of optimism for her citizenry at independence on October 1st, 1960. It was a country which leadership manifested vision, mission, patriotism, altruism and transparency. At the time of independence, oil and gas had not become the mainstay of Nigeria’s economy. Emphasis was maximally placed on agriculture and revenue so generated translated to quantifiable development projects. Income from palm produce was used to build the first indigenous University in Nigeria; the University of Nigeria, Nsukka under the first Premier of the defunct Eastern Region, Dr Nnamdi Azikiwe. In the former Western Region, Chief Obafemi Awolowo, as Premier of the region, harnessed resources from cocoa to build the famous University of Ife. In the same vein, Sir Ahmadu Bello galvanized resources from groundnuts and cotton to build the first University in the defunct Northern Region; Ahmadu Bello, Zaria in his capacity as Premier of the region. The country witnessed a buoyant and dependable economy. Nigeria’s balance of trade was assuring.

Before the discovery of oil in commercial quantity, which almost coincided with military adventurism in Nigeria, the Nigerian youths were known for their ingenuity and creativity. The educated amongst them were determined to make their marks in their chosen fields of endeavour and career. Those who could not go to school, took to agriculture, trade or one skill or the another. It was almost a taboo for a young man to come out from school and head straight to politics without first making a mark either in the public or private sector.

One might be tempted to say that the discovery of oil and gas in Nigeria meant more harm than good. This could be substantiate by the fact that Nigerians turned themselves into a mere consumer-nation instead of the producing-nation they had hitherto been. Nigerian youths, whose youthful energy should have intrinsically or extrinsically been channelled towards productivity, have, rather, resorted to being corrosive parasites  hanging destructively on the nation’s economy. It is today, therefore, common to see hundreds, if not thousands, of young Nigerians whose curriculum vitae only highlight their participation in political matters. More than sixty percent of the Nigerian youths do not contribute, in any productive manner, to the growth of the country’s economy. He that does not produce but only consumes is worrisomely and devastatingly a parasite.

As the saying goes, no condition is permanent. The oil and gas sector that regrettably made Nigeria and her citizens live a false way of life has been on a steady decline. Expected national revenue from the sector is no longer feasible. Budgetary implementations have become characterized by precariousness and extremity of pecuniary difficulties, if not impossibilities. The country’s currency; the Naira, has nose-dived to a level of economic discomfort. Many governments in the country appear to be at the cross –roads with the present economic realities.

It is necessary to observe that because of the materialistic assumptions Nigerians have about governance, many of the present political aspirants to high positions of responsibility may not be in tune with current economic realities that are systematically engulfing every segment of the country’s economy. With the price of oil crashing on a daily basis, oil being recently discovered in some other countries, the United States of America’s policy of non-importation of petroleum from Nigeria, rise in illegal oil bunkering in the volatile Niger Delta region and the current irresponsible and most destructive insurgency by mentally deranged extremist moslems in both North-East and North-West of Nigeria, even including some parts of the North-Central, whosoever is aspiring to leadership in Nigeria in 2015, especially via the executive arm of government, should be prepared psychologically to inherit a system that may have just little, if not nothing, trickling from the Federal Account Allocation Committee, FAAC.

Any governor in 2015 that will be deficient in vision, enterprise, resourcefulness, transparency, ability to diversify his state’s economy and dexterity in managing and multiplying resources will feel terribly disappointed.

From every indication, Nigerians will not be ready to take excuses from Chief Executives who will fail to deliver on their mandates merely on the grounds that not much is received from the Federal government. Leaders, especially Governors, must be mentally articulate, resourceful and disciplined as to guarantee efficient and effective diversification of their moribund economies. They should also conduct a study on how Governor T.A Orji of Abia State has successfully managed the meagre resources of the state to place it where it is currently without borrowing any dime from the bond market. This piece will not be successfully rounded off if caution is not given that leaders that will succeed  in the next dispensation will surely be ones that will maintain a very reasonably safe distance from sycophants whose only contributions to governance are mischief, treachery, gossip, blackmail and opportunism.

May God save Nigeria.

9 Ways To Improve Your Attention To Detail

Don’t They Have A Hand In Nigeria’s Retardation?