The Umbrella and Broom: A clarion call for rebirth and restructuring 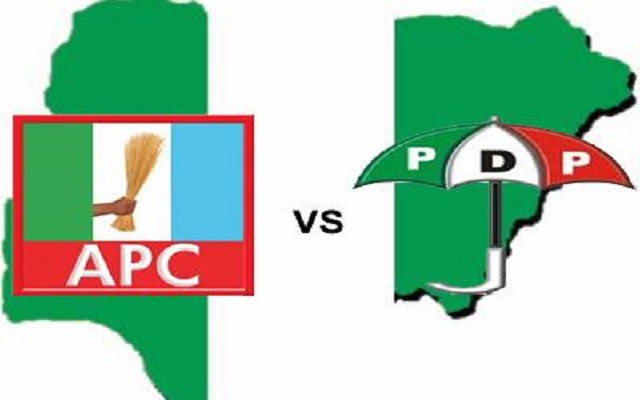 “An analysis of the logo of the political parties in Nigeria will make one question the genuine platform and rationale behind their emergence. It is an incontrovertible fact that symbols are indispensable in all spheres of life, including politics. Essentially, party logos are vital political tools especially in Nigeria, a largely multilingual country where a considerable size of the electorate is illiterate, semi-literate or unable to read the official language or even the language of a particular region. Political communication is very vital as voters often choose symbol rather than a name during an election“.

SINCE the transition of power from the military system of government to civil rule, the democratic situation in Nigeria has been very fluid in nature. The military rule, however draconian it seemed to be, was highly organised and devoid of indiscipline in contrast to violence, corruption, deceit, greed, exploitation as well as other filth which have permeated the Nigerian democracy since inception.

Cross-examination of the 15 years of democratic reign in Nigeria reveals a bleeding and dysfunctional system of government founded on faulty political ideologies. The lifeblood of true democracy is the political parties. As defined by Herbert Simon, an American political Scientist and Economist, ‘‘a political party is a social group with a system of interdependent activities characterised by a high degree of rational direction of behaviour towards end that are objects of common acknowledgement.’’ An ideal political party must develop refining platforms and policies able to catalyze democratic development with practical renewal and practical approaches to implementation. A successful party must transcend geographic boundary and ideologies. From this perspective, it is clear that the Nigerian political parties’ approaches to leadership and true federalism is a bare-faced affront on an ideal democracy by being equivocal in its commitment and adherence to democratic rules and principles.

The excessive, unethical exchange of words, campaign of calumny between the two major parties as well as other activities inimical to the avowed goals and ideals of the parties is sickening and capable of threatening public peace and stability.

The Nigerian electorate appears to have suffered so much and have sustained scars of intolerance, bitterness, distrust, social injustice and corruption which unarguably highlight this ‘Pseudo-democracy’.

An analysis of the logo of the political parties in Nigeria will make one question the genuine platform and rationale behind their emergence. It is an incontrovertible fact that symbols are indispensable in all spheres of life, including politics. Essentially, party logos are vital political tools especially in Nigeria, a largely multilingual country where a considerable size of the electorate is illiterate, semi-literate or unable to read the official language or even the language of a particular region. Political communication is very vital as voters often choose symbol rather than a name during an election.

The Umbrella and the Broom are the commonest, indispensable materials found in almost every home. The umbrella is a device used to protect a person from the heat or the rain. That is, in times of bad weather as well as in extreme adverse condition, the umbrella can be used to be saved from the difficult times. It usually has a circular canopy mounted on a central rod. Comparatively, the broom is an indispensable cleaning implement for sweeping; consisting of bundle of straws or twigs attached to a long handle.

Using the Indian political system with an indisputable record of an accomplished democratic system as a case-study, the AAP ( Aam Aadmi Party); another party with the Broom symbol has gained massive popularity and acceptance down to the grassroots based on the premise for which it was founded. In their own term, the broom symbolises “sweeping away corruption” while their slogan ‘ Wield the broom, get rid of cheats’ speaks much of their intention as a party keen on business of eliminating corruption rather than business of politics. AAP treats the common man as its high command by providing a platform for an all -inclusive democracy. AAP; a party defined by one policy ‘change politic’ change India’ has in just 49 days of their emergence addressed issues of water, energy, public hospitals, shelters for the homeless, government schools, education and women safety, among others by setting up help lines, establishing accountability and accessibility to the common man through telephones, emails, social media and every other means of communication to ensure people make their voice heard.

As a matter of principle to doggedly targeting the corrupt, AAP resolution to making India corruption free resonates with commitment to public service by offering power to the helpless, justice to the wronged, hope to the tired, cheated, neglected, exploited, enraged and exasperated electorate population.

In the recently conducted election in India, AAP won 28 seats, almost on par with the ruling BJP (Bharatiya Janata Party) that won 32 seats. The emergence of the AAP as a political force where the BJP and other parties have dominated the political landscape for more than five decades is plausible owing to the very fact that the party managed to attract both the elite and marginalised sections of the society.

AAP challenged both mainstream parties and offered itself as an alternative with a difference that made the difference. Its manner of candidate choice, style of campaign and electoral focus sought to re-define the way of doing politics, compelling even the mainstream parties to respond and take a look at their own strategies.

In the same vein, the SDF (Sikkim Democratic Front) party adopts the ‘Umbrella’ as their party’s symbol. The party operates on the political ideology of democratic socialism which adheres to the principles of reformist and evolutionary struggles towards socialism. The party fights in the interest of the people by upholding the people’s rights and privileges in India. The party also attempts to redress the economic and social depravity of the people to defuse all internal tensions between the ethnic groups in the state and to maintain communal harmony between all sections of the society.

The SDF umbrella is depicted in three colours: Blue, Yellow and Red. These three colours depict the political ideologies and party position of the Sikkim Democratic Front. The blue is used to depict the strong determination, progress and sense of national integrity. The Yellow is used to symbolize purity and sacrifice of the party towards maximum humanitarian approaches in the state. The Red is a colour of change, of struggle and of revolutionary zeal; hence it depicts liberty through social change and upliftments of the conditions of the people in the state.

The three colours are symbolic of the party’s strength of struggle, its ideas of social change and its courage to carry forward its demand. One of the notable achievements of the SDF party in India is the maintenance of an insurgent-free state at a time when the problem of terrorism and insurgency were hitting hard on India population.

The Peoples Democratic Party (PDP) and the All Progressives Congress (APC) in Nigeria are just two sides of the same coin. The corporate identity of the Umbrella and the Broom party in Nigeria seem flawed, judging from their national emblem. Taking the APC party, for example, it is conceivable that what they stand for is to sweep away the opposition without any defining political ideology or if any, its ideology seems to be contaminated. Similarly, the PDP’s puerile and ludicrous logo will make one question their understanding of politics as a critical and vital tool for democratic development in the interest of the entire citizenry. The Red colour depicts the sacrifice of our leaders past who fought and died for the country, White colour means the country has seen blood during colonial era while the Green colour depicts Agriculture and Labour.

This discussion will be biased and inconclusive without referring to other countries with record of functional democracy. In the U.S.A, the democratic logo of the Democrats represents hardwork, diligence, humility and dedication to the U.S.A, while in United Kingdom, the conservative party emblem represents strength, endurance, renewal and growth.

The Nigerian electorate are subjected to hard labour, groaning under collapsed Umbrella and blood-sucking Broom. The anti-people policies through militarisation of electoral process; where the people’s power are constrained, multiple taxation at all levels and high degree of corruption have further heightened the betrayal of trust in this democratic dispensation.

The APC and PDP should stop dissipating their energy by bandying words at each other in the face of glaring economic collapse but create a platform for constructive criticism by expressing opinions on issues that reflect on development in the collective interest of the electorate and the nation at large.

An effective and patriotic opposition is a very vital component of functional democracy. APC as an opposition party must show genuine interest for leadership by being focused and vibrant as well as building a strong foundation for collaborative behaviour. Both parties should begin image laundering process by disengaging political thuggery and other party delinquency. Both parties should embrace peaceful, constructive and healthy dialogue in their drive for expressing practical ideology palpable by all and sundry. PDP and APC should establish think factory by raising creative, conscientious leaders willing to pay the supreme price in the struggle for change through revitalising and renewing party’s ideals and most importantly, bridging the gap by reconciling their incompatibilities.

I am advocating a transition from dictatorial democracy to participatory democracy where all hands are on deck to put in place a revolutionary approach to solving the nation’s surmounting challenges in various degrees.

•Dr Abidemi is a practising dentist in Lagos. bideklink@yahoo.com

Should You Ever Do Business With a Friend?