Business Decisions: What You Can Learn From The Worst Ones Ever Made 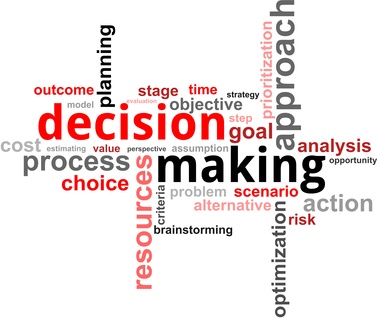 “Bad business decisions are made time and time again throughout the course of human history. The question is, what can you learn from them? And if possible, how can you avoid them?“

It’s a great question to think about, both to give yourself some relief (huge companies make mistakes, too!), but also to see what you can learn from the bad decisions of lore in order to prevent them from happening in your business.

So great, in fact, that The Atlantic asked 17 prominent businessmen and women for their opinions. Obviously, their thoughts differed heavily. Here are a couple of the key points—and takeaways that we should all remember to avoid making these mistakes ourselves.

In 1983, Coca-Cola launched New Coke, a weapon in its losing market-share battle with Pepsi. But consumers boycotted, and just three months later, Coke brought back Coca-Cola Classic. By 1986, Coke was back on top, and some alleged it was all a marketing scheme!

What can we learn from Coca-Cola’s gigantic business mess with the creation of New Coke? No matter how much money you pour into a new enterprise, if your consumer hates it, change it. Luckily, Coca-Cola came to its senses ASAP, took the product off the market, and was back on its feet within three years.

Both Walt Mossberg, co-executive editor of Re/code, and Peter Thiel, partner at Founders Fund, agree that forcing out Steve Jobs was a pretty terrible choice, with Thiel writing:

After Apple forced out Steve Jobs, the company’s creativity ground to a halt. When he returned, Jobs transformed Apple into the biggest company on Earth, proving how a founder’s grand vision is typically underestimated but impossible to replicate.

Although he was considered a tough boss, Jobs was also a visionary who completely shifted the way people thought about electronics. What Apple seemed to forget was, a company’s ability to innovate (especially in the tech industry) is everything, and a company isn’t just the product it makes; it’s about the people who work there. Make sure you’re hiring the best people you can find who can create the best product possible—and not forgetting their value when things get a little rough.

Gretchen Morgenson, assistant business and financial editor at The New York Times, pays attention to the failures of mergers and acquisitions.

In 2008, Bank of America purchased Countrywide Financial, an aggressive and abusive subprime-mortgage lender, for $4 billion, but the real costs came after the mortgage bubble burst. Between fines, penalties, and legal settlements, the deal has cost Bank of America an additional $40 billion.

Morgenson’s example of the Bank of America debacle illustrates the importance of doing your research before taking the leap in business, whether that be accepting a new job offer, taking a risk at work, or leaving your job or career altogether. Additionally, don’t ignore the signs of a problem—if a business or company seems like trouble, those issues won’t magically disappear once you begin to work there.

Bad business decisions are made time and time again throughout the course of human history. The question is, what can you learn from them? And if possible, how can you avoid them?

6 Things to Do Before Making a Big Decision

5 Reasons To Buy Android Over iOS and Windows 10 Mobile

What will President Jonathan be remembered for?