Tips, On How To Create A Schedule That Keeps You Calm 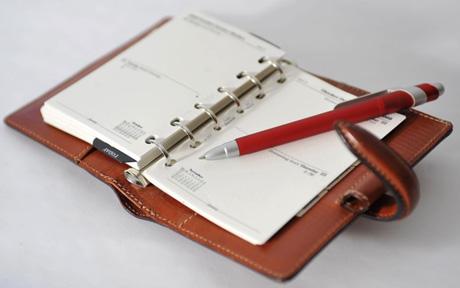 “Just wash your bowl. Just walk. Just talk to someone. Just read one article or book, without switching. Just write. Just do your email, one at a time, until your inbox is empty. You’ll learn that there is peace in just doing one thing, and letting go of everything else.“

Habit has been called the invisible architecture of our lives. Often, though, the design’s more busy than minimalist.

It’s against (and possibly with) this chaos that Leo Babauta founded Zen Habits, his full-time blog “about finding simplicity in the daily chaos of our lives.” Founded in 2007, the monochrome, Georgia-set blog is a safe haven for a million readers.

In a new post, Babauta outlines how to fight daily stresses and anxieties with calm. We’ve got a few examples of how to:

BRING YOUR MORNING INTO FOCUS

The beginning of the day is ripe for action. What the most successful people do before breakfast is a topic of great discussion–and some productivity experts argue that you need to get through your routine as fast as possible. Babuata goes in the other direction: Instead of the stressful rush, he opts for calm ritual.

The blogger meditates, does a few yoga poses, and then begins to write, all before letting the noise of the day in. “You don’t need to do the same things,” he writes, “but find the quiet of the morning and make the most of it.”

What does stress make you do? Babauta notes a familiar range of reactions, from getting angry, feeling overwhelmed, jumping into action, or wishing things were different. (Raise your hand if you’ve done all of these today.) Rather than trying to attack that response, Babauta says that we should watch it, one of the cornerstones of mindfulness. If we learn to watch the responses we can then, slowly, learn how to organically change them (and become more effective leaders).

One of the common responses is to take things personally, like when a coworker says something rude or when kids don’t clean their rooms. Rather than taking that as an attack, Babuata says to realize that they’re dealing with their own issues. From what he writes, it’s a slow, aspirational process.

You can learn not to interpret events as a personal affront, and instead see it as some non-personal external event (like a leaf falling, a bird flying by).

DO ONE THING AT A TIME

Consider single-tasking. If you’re tweeting while reading, eating while watching TV, and planning your day while shuffling through chores, you’re doing the opposite, with possible negative impacts for your state of mind. Babuata says that constant simul-tasking can cause a current of anxiety in everything we do, because we’re then always looking to be doing one more thing.

Instead, he says, focus.

Just wash your bowl. Just walk. Just talk to someone. Just read one article or book, without switching. Just write. Just do your email, one at a time, until your inbox is empty. You’ll learn that there is peace in just doing one thing, and letting go of everything else.

And if you think you’re good at multitasking, you probably aren’t.

Microsoft Puts A Ring On Nokia, But Will It Last?

How To Mute Your Negative Inner Dialogue