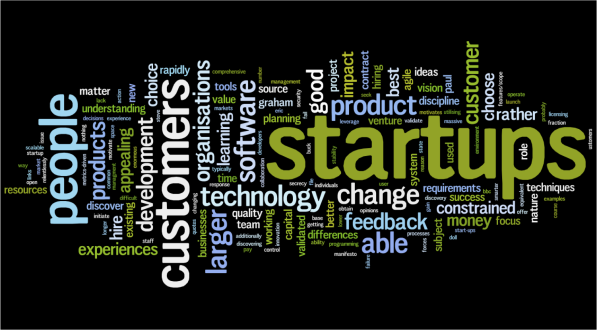 “The best kind of experience comes from those who are students of what they have done, who understand why the choices were made in their last company and the conditions required for success. It’s easy to mistake one set of experiences for the other, especially when interviewing, which is why I’ve learned to value curiosity, intelligence, and drive as much as a long resume.“

1. Do the opposite.
I am not the founder of Chartbeat. I inherited it from the brilliant Billy Chasen and preternaturally sage John Borthwick days before we released a beta. And to be honest, I was a little unsure of what the hell to do with it.

Chartbeat was an analytics service in a world where Google Analytics was not only dominant but had one serious price point. The one thing I knew was that if we attempted to be “Google Analytics but faster,” Google would eventually get faster and we would all be looking for new jobs.

Seeking advice from David Kidder, who was CEO of Clickable at the time, I sat in his office and talked through the dilemma.

“Do the opposite,” he suggested. “You can’t win by emulating Google, so why not just do the opposite of everything they do and see how that works. It might be a disaster but at least you’ll be different.”

And that’s exactly what we did. Google focused on the historical trends of data over time, we targeted what was happening right now–finding out what was useful about real time or go bust trying. Google kept persistent history, we moved to archive all data after 30 days, cutting off 99% of the traditional use cases for analytics. Google enabled exports to reports, we had an API but refused to enable exporting. Google was free, we decided to charge.

It shouldn’t have worked, but it did.

We were able to identify new use cases and a new audience for data within the organization. We grew fast and built differentiated services to the point where we are now 50-people strong and Chartbeat pulses under the hoods of 80% of the top content sites across the United States.

So I will happily steal from David Kidder and say, when facing a Goliath in your industry, don’t try to be incrementally better, try doing the complete opposite of what they do and see where that takes you.

2. Experience matters. But so do intelligence, drive, and guts.
There’s nothing quite like hiring people with experience–those who’ve been there before, have made all the mistakes and know the path to follow. However, experience can have its limits and issues. Too often people will default to what worked at a previous company with a different culture, market, and set of challenges, leaving them frustrated when history doesn’t repeat itself.

The best kind of experience comes from those who are students of what they have done, who understand why the choices were made in their last company and the conditions required for success. It’s easy to mistake one set of experiences for the other, especially when interviewing, which is why I’ve learned to value curiosity, intelligence, and drive as much as a long resume. Some of my proudest hires at Chartbeat have been people with little direct experience in the roles they’ve taken on and yet have shown a speed in learning and improvement that still amazes me.

So yes, value experience but don’t let a hefty CV blind you to the opportunity to hire someone who is short on resume but long on everything else that makes a team member great.

3. Don’t let speed of growth undermine culture.
When you’re running a startup, there is always a ton of pressure to grow and hire rapidly. At times the urge to just hire qualified people and not sweat the other stuff can be overwhelming.

Early on at Chartbeat when we’d just raised our first round of funding, there was tremendous pressure to grow the team. I hired two people with great pedigrees and omitted the usual tests for cultural fit, ignoring the concerns of others who thought the candidates were “not quite Chartbeat.” Within three months both were gone, leaving significant challenges behind them.

What I learned from that experience was that culture trumps everything. That doesn’t mean you want to hire heterogenous people who all act and talk the same, but that each hire should contribute to your company’s fundamental culture in some way–they should inform it and help it evolve. And now when given the choice between growth and culture, I choose culture every time.

4. Your team is smarter than you are.
Over the last four years I’ve learned repeatedly that whenever I delegate and give someone ownership over a specific discipline or project rather than trying to manage it all myself, Chartbeat gets better.

This may reflect my level of competency in general. But being more optimistic, I think it speaks to what’s important in company development. Not until I hired my Head of Product did I realize just what I had been missing when it came to building and iterating Chartbeat. When I finally gave another team member the autonomy he needed to explore a completely different product space, Chartbeat started to move in an awesome new direction.

As a corollary to that, one of the best exercises that I don’t do regularly enough is a 360 review of my performance. As CEO, it can be easy to make assumptions about what’s being communicated effectively and what’s not, to think that you’re doing great when in fact you’re letting the team down in some fundamental way. My team knows me better than anyone else. They know my strengths and weaknesses, and making sure there is a way for me to understand where I need to improve is an occasionally painful but always incredibly helpful experience.

Your team is smarter than you. They can do parts of your job better than you can. And they know how you can be better too. Listen to them.

–Tony Haile is the CEO of Chartbeat, a web analytics company based in New York City.

The Double Standard Of President Jonathan At The Education Front