What to Do When Success Feels Empty 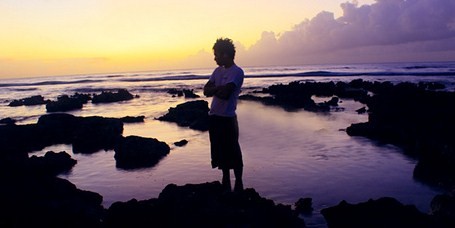 “If you don’t believe you are responsible for your win (perhaps you attribute it to luck or other external factors), you won’t feel satisfied by it. It’s not enough to get the big promotion, Hall’s research has shown. You have to believe you’ve earned it.“

Why do career “wins” often leave people feeling empty and dissatisfied? And — more important — how can you avoid that problem? We recently asked readers to share their thoughts, and several of the responses call to mind Douglas T. Hall’s classic model of psychological success.

Trade-offs between career and personal goals. This can be as dramatic as going against your deeply held beliefs in order to thrive politically at work or as simple as enduring a punishing work schedule that allows no time for relationships and self-care. Consider this (lightly edited) response to our earlier post, from Jess, who earned a degree in education while running her own business and juggling the demands of her family:

“During this time, my major motivator was the thought that when I was finished, I would have my degree and be more accomplished and successful. However, when I graduated, I felt rather empty. I had divided myself so much during my time in school that I felt I had cheated my family of being present, and though the degree gives me some bragging rights, the close relationships with my children and family are much more noteworthy.”

Lack of ownership. If you don’t believe you are responsible for your win (perhaps you attribute it to luck or other external factors), you won’t feel satisfied by it. It’s not enough to get the big promotion, Hall’s research has shown. You have to believe you’ve earned it.

Lack of validation by others. Others also have to believe you’ve earned your success. This is why many young managers, struggling to move past an “eager novice” image in the companies where they started their careers, end up pursuing growth and advancement elsewhere.

No time to learn. Once you’ve landed the account, gotten the promotion, or made partner, do you have a chance to reflect on what you’ve learned and how to approach your new responsibilities? Or do you start putting out fires right away? Whether your organization sets a manic pace or you do (or both), it’s common to tackle one big challenge after another without taking time for growth in between.

With so much tension between the professional and the personal, how can any of us hope to achieve real satisfaction? One way is what psychologists call generativity: passing along what you’ve learned over the years to help people in the next generation achieve their goals and dreams. As another HBR reader, P.G. Subramanian, put it, “You really succeed when the team succeeds.”

That mind-set is a strong undercurrent in our article “Manage Your Work, Manage Your Life.” Though our research sample of senior executives was diverse in many ways — we synthesized the insights of almost 4,000 men and women from a range of industries, job functions, and nationalities — the leaders in our data set had one important thing in common: They all took time from their busy lives to share what they’d learned with the MBA students who conducted the interviews.

The concept of generativity was first defined by Erik Erikson, who saw it primarily as a midlife concern: Do we succumb to thoughtless routines and selfish pursuits?  Or do we make lasting contributions by teaching, mentoring, participating in social systems, raising children, or creating things that will outlast us and benefit future generations?

Though the midlife years are indeed ripe territory for questions like these, even kindergarteners (some more than others) derive great enjoyment from helping and teaching. Highly generative people often note that as children, they became aware of the problems of others and felt moved to take action. Generativity encompasses both social concern and the competence and confidence to act on it. Dan P. McAdams, a major researcher in this field, suggests in his book The Redemptive Self that generative adults are authoritative (not authoritarian), involved parents; that they are likely to be involved in the political process, organized religion, community and civic affairs; and that they have broad friendship and social-support networks. Unsurprisingly, generative people tend to report high levels of subjective well-being.

How generative are you? Take this assessment to see where you stand.

How to Increase the Number of Women in Tech

3 Ways Being Irreplaceable Kills Your Career

4 Ways To Break Out Of Your Comfort Zone