Why a Healthy Debate At The Office Is a Good Thing 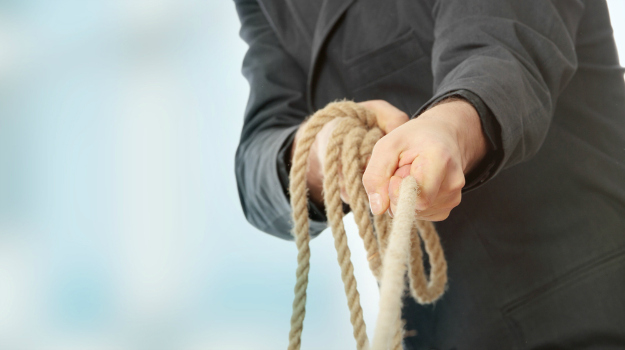 “Whenever you’re fighting about ideas, however, it’s important that you’re engaging in the “right fight,” criticizing another person’s ideas and not the person himself. This type of conflict, what researchers call “intellectual” or “task” conflict, must be done in an atmosphere of mutual respect and must be based on the factual information available.“

After studying newlyweds for just a short period of time, psychology researcher Dr. John Gottman can predict whether the couple will be together in five years with over 90 percent accuracy. So how does he do it? He gets them to argue. Gottman watches the couples debate, and he analyzes how they fight. Surprisingly, the ability to engage in healthy, respectful disagreement is a huge predictor of long-term success.

It turns out that creative teams—and their ideas—are no exception. A study from Charlan Nemeth at UC Berkeley, and the practices of outstandingly creative firms like Xerox PARC and Pixar, suggest that conflict isn’t something to be reduced. In fact, regular, structured fighting may be one of the single most important ingredients in the ideation process.

A significant body of research now suggests that conflict among teams is good, especially when that fighting is focused around creative ideas. If everyone on a team is always in agreement, it can mean that they don’t have very many ideas, or that the team values cohesiveness and lack of conflict more than generating and evaluating ideas. Either way, an overly cohesive environment may be standing in the way of producing outstanding creative work.

When a project is being developed, but isn’t fully formed, criticism and constructive conflict are vital to testing the value of the ideas and helping increase that value. Robert Sutton, professor at Stanford University, puts it this way: “Constant argument can mean there is a competition to develop and test as many ideas as possible, that there is wide variation in knowledge and perspectives.”

Consider one study by a team of researchers led by Charlan Nemeth of UC Berkeley. The researchers wanted to explore whether conflict really did play a role in generating and producing creative ideas. They assembled participants into three separate experimental conditions (minimal, brainstorming, and debate) and formed them into teams within those conditions.

Even after the teams had disbanded, the influence of debate on generating ideas continued. In follow-up interviews with each subject, researchers asked the participants if they had any more ideas for solving the traffic problem. Participants from the “minimal” and “brainstorming” conditions did have one or two more ideas, but participants in the “debate condition” gave an average of seven additional ideas. In summarizing the results of their study, Nemeth writes, “Our findings show that debate and criticism do not inhibit ideas but, rather, stimulate them relative to every other condition.”

Nemeth’s research, it turns out, had already been in regular practice at one company renowned for producing consistently outstanding creative work: Pixar. For the animators at Pixar, conflict and debate is part of their morning routine. Every day teams gather first thing in the morning to review their work from the previous day. They examine each frame produced in turn and criticize nearly everything about it. No detail is too small to critique and no one is prohibited from arguing against the work of someone else. Everything from the angle of the lighting to the timing of certain sound effects is brought up and fought over. This intense process, sometimes called “shredding,” can be draining, but the Pixar teams know that the process is vital to their ability to release quality work again and again.

The idea of structured debate isn’t new. In the 1970s at Xerox’s Palo Alto Research Center, PARC, regularly scheduled arguments were a routine part of the research and development laboratory’s operations. Xerox PARC held weekly meetings they called “dealer” (from the popular book Beat the Dealer) where one person, selected as the speaker for the week, or the “dealer,” would present an idea and try to defend it against a room of engineers and scientists determined to prove him wrong. Such debates helped to improve products under development and sometimes resulted in wholly new ideas for future pursuit.

Whenever you’re fighting about ideas, however, it’s important that you’re engaging in the “right fight,” criticizing another person’s ideas and not the person himself. This type of conflict, what researchers call “intellectual” or “task” conflict, must be done in an atmosphere of mutual respect and must be based on the factual information available.

At Xerox PARC, the facilitators of the “dealer” meeting were careful to make sure that only intellectual criticisms received attention and consideration. Bob Taylor, a former manager at PARC, said of their meetings, “If someone tried to push their personality rather than their argument, they’d find that it wouldn’t work.” Fighting over a person’s thinking was always acceptable, fighting about her character or personality was never permitted.

At Pixar, the animators have developed a technique that helps keep the fighting productive and intellectual. They call it “plussing.” As people criticize the work under review, that criticism must always contain a new idea or a suggestion for strengthening the original idea—it must contain a “plus.” Without plussing, their morning crit sessions can get pretty negative and emotionally draining. With plussing, the same meetings are imbued with a positive tone and a direct connection between criticism and newer or better ideas for their work. The meetings still feel like a fight, but they feel like the healthy, respectful fights that keep couples, creative teams, and ideas growing and changing for the better.

Nigeria: A People, an Economy and its Prospects