Why Is It Difficult To Get That First Job? 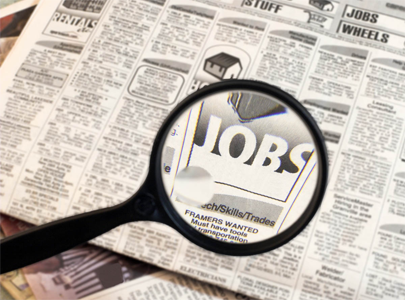 “When workers emerge from their initial education and find jobs, they’ll soon learn what skills can drive their careers forward; that’s the time for graduate school or further training courses,” writes P. McCrea. “That’s when speculation turns into investment: a known need, and then a wise outlay to meet it.”

Anyone who has searched for a job fresh out of college knows how difficult it is to get that first job. Sending out hundreds of resumes, only to get a few interviews in the end –if you’re lucky! — and eventually a job, if you’re very lucky.

Worse, the job may not require the skills accumulated in college, but supplemental skills developed while pursuing some hobby like graphic design, a foreign language or familiarity with a statistical package.

Seasoned workers by contrast find themselves in a different situation: They have prospective employers competing with each other for their skills.

What’s the problem? Why are prospective employers reluctant to hire inexperienced workers?

The conventional answer is that prospective employers have to invest significant resources to train new workers on the job—resources that may go wasted if the person jumps ship shortly after receiving such training.

But there is another more serious factor, pointed out by P. McCrea in this weekend’s Barron’s: Cheap government money. It has turned education from an investment into speculation, causing a misalignment between what students study and what prospective employers demand.

“When workers emerge from their initial education and find jobs, they’ll soon learn what skills can drive their careers forward; that’s the time for graduate school or further training courses,” writes P. McCrea. “That’s when speculation turns into investment: a known need, and then a wise outlay to meet it.”

Worse, he says, cheap financing of education can put a young life underwater — just as many older people’s lives were put underwater by junk loans for McMansions in the housing market.

However, I wouldn’t downplay the value of college education. While a bachelor degree may not guarantee getting that first job sooner than later, it can certainly make the difference when it comes to advancing to managerial positions or moving across occupations. I wouldn’t underestimate the value of sound government support for merit goods like education.

The bottom line: Investing in education in a free enterprise system is the same as any other investment.  It must begin with a business opportunity, an area of the economy where demand for certain skills is strong, and proceed with the acquisition of such skills in college or a vocational school—rather the other way around.

Are You Aware Of The Words That Matter The Most When You Talk?

How to engage youth in agriculture