Why Is “Made In Nigeria” Fashion Very Expensive? 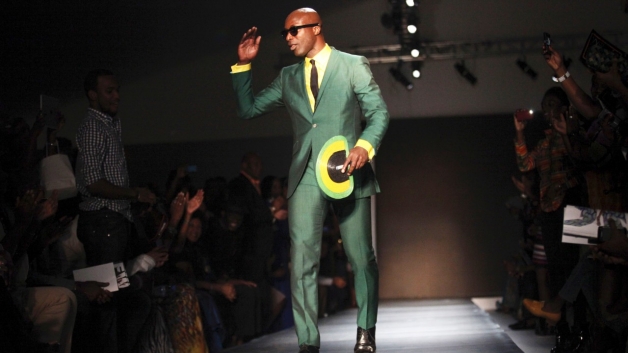 “Nigerian fashion industry, like any other business, is faced with the problem of making demand match supply or vice versa. Since demand for made in Nigerian fashion is still quite low compared to the population, a lot of them prefer to charge high for the few who patronize them. That way they are able to make up for the little turnover by increasing margins.“

I decided it was time I get new set of ‘natives’ since I have outgrown the ones I had. In addition, there are newer trends and styles which I thought I like and wanted to be part of.

I decided to get in touch with some friends who claim to be in the native business which was also an opportunity for me to help give them some business. The first person I called said it will cost me about N55,000 to have one of this “South South” natives. I thought he was joking so I asked him to please get serious. To my surprise he said that was his last price and that he even reduced the price since his starting price for his customers in Abuja were are about N100,000. I was gobsmacked!!!

I put a call through to another person who said her’s was N20,000 but could accept N15,000 because it was me. At that point I had to ask why it cost more than N5,000 to sew a simple native even if I gave them my own fabric. She explained that her own fabric was expensive and that apart from then her efforts/labour was not for free. So I asked what if the fabric cost me N3,000 or I decide to buy one myself, how much will she charge. She responded that whilst she does not do cheap fabric, her labour alone was a minimum of N10,000 regardless.

Several other calls I made was basically the same till I decided to go back to my roots, which I will come to later. For now, I wondered why in this world would anyone pay N10,000 as cost of sewing native when that can spend that on a decent shirt and trouser from some of the best boutiques in Lagos and even abroad. I know some fabrics are quite expensive but what is the point paying over the top to get it sewn? Incidentally, even trousers and shirts made in Nigeria cost as much, if not more than foreign ones. Why are made in Nigerian fashion so expensive?

Could it be that made in Nigerian fashion designers use better tailors? Are their fabrics much better than the ones made by their counterparts abroad? Does it last forever? Is it immune to wear and tear? The answers to this questions are a resounding negative. No matter how much they try, the local made fashion hardly seem to get their threading to be as neat as their foreign counterparts  and neither do they even get the perfect cuts and fits. Some of them still go to China to buy and sew their designs, just like their foreign counterparts and yet we pay more for most of them.

Nigerian fashion industry, like any other business, is faced with the problem of making demand match supply or vice versa. Since demand for made in Nigerian fashion is still quite low compared to the population, a lot of them prefer to charge high for the few who patronize them. That way they are able to make up for the little turnover by increasing margins.

Another reason is that, most people who are in the business are agents rather than actual designers themselves. All they need to know is to be savvy about quality fabrics, know good tailors and also how to fetch good customers.

This is not uncommon  as people are always in business to maximize profit. However, for every price there is a willing buyer. That is the beauty of capitalism. I went my to my roots, where I used to sew natives before the glamour of being a working class guy. Obalende tailors are still there and probably still the best. By the way they charge on average N5,000 and are patronized by the rich people we strive to be like.

Nigeria: Thinking aloud of the worst case scenarios – Just what if?

5 Things The Best Managers Do And Don’t Do