Why The Boko Haram Menace May Never End 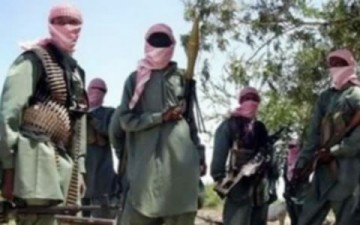 “Everywhere you go in present day Nigeria, the standard of living of the masses is terribly dehumanising. These are the majority of Nigerians who constitute over 80 per cent of our population. Their homes are usually the squalours, slums and shanties; their cloths imported rags, deceptively dressed with the epithet, Tokunbo, already infested with oyinbo bacteria; their food, starch, starch and starch, the readily available that denies them the nutritional requisite of balanced psychology“.

Truth is bitter. The piece I am set to write already gives me a foretaste of bitterness. A signal of the sure surge of fury, resentment and provocation its caption is likely to provoke in most readers, at least, at first sight. This seemingly pessimistic and, probably, outwardly ill-wishing title may even, compel some, in a rage of rashness, to cast me off as a Boko Haram apologist or even an outright Boko Haramite. Whatever name you call me, I patriotically acquiesce.

And, before I get crucified, let me quickly reiterate that my seeming hopelessness came from the naked dehumanisation of the masses I sighted as this overloaded six-passenger bus snaked its way through some city-based ‘villages’ on a domestic journey. Nothing in all I saw, left and right, suggested the presence of a government, monarchy or leadership of any sort that cared for the basic human needs that would ensure that natural humans get nurtured into social humans.

The adage, man is a product of his environment, thus, asked me a painful rhetorical question: Can these hostile-living conditions produce socially-responsible masses filled with blood of love for fellow citizens of ‘strange’ origin, religion, education and exposure?

The in-transit sombre sight that actually inspired this piece is certainly not an isolated experience. Rather, it is a ubiquitous character of our Nigeria of today, albeit in varied shapes, forms and sizes.

Everywhere you go in present day Nigeria, the standard of living of the masses is terribly dehumanising. These are the majority of Nigerians who constitute over 80 per cent of our population. Their homes are usually the squalours, slums and shanties; their cloths imported rags, deceptively dressed with the epithet, Tokunbo, already infested with oyinbo bacteria; their food, starch, starch and starch, the readily available that denies them the nutritional requisite of balanced psychology.

It is amazing that even the government, through successive administrations, has always publicly acknowledged the reality of mass unemployment in the country, at least since the 1980s. The puzzle, however, remains: How does a typical unemployed Nigerian adult feed, clothe and shelter himself?

This is one vital question that the Nigerian society, particularly our government, has failed to consider, let alone find an answer to. We have ignored a self-manifest puzzle at our own peril. In actions and in deeds, we have, thus, dug our own grave.

Boko Haram, in different guises and nomenclatures based on geographical differences, are mere undertakers helping us in batches to the graves we have already dug and are still digging together as a people.

Education is globally acclaimed as the light of humanity. Alas! In contemporary Nigeria, only a pedestrian observer who sees only the peripheral but blind to the underlying, would fail to see the tragic reversal of education to darkness in our country.

One only needs to note the wide gulf between our public and private schools to be able to understand the evil effect of dilapidated schools where a typical class offers only 10 sets of chairs and desks for 42 pupils, a majority of whom stand and sit on one another, on dusty, uncemented floor. Where boys cannot but be ‘nice’ towards girls by offering them their laps as substitute seats.

The private schools? These are a special Nigeria inside a general Nigeria. Places of privileged learning by the offspring of the privileged few. Paradisiacal edifices situated close to poultry-like public school structures, helping to worsen the citizens’ psychology of class disparity and social stratification; and, so, discretely expelling the spirit on brotherliness amongst children born to thrive in the same nation.

Frankly, to expect that the children of the poor, who unwillingly patronise our public schools in their present dilapidation, would share the slightest sense of oneness with their over-advantaged counterparts is an illusion, which now casts a thick pall of darkness over our nationhood.

Worse still, a sea of consolatory, substandard, ‘I pass my neighbour’ private schools now floods our communities, for which sake the average civil servant parents sweat and cut corners to spare a ‘paltry’ annual sum of N100, 000, per child, from a total annual salary of N200,000.

The direct effect of the commercialisation of education is the large pool of street-strollers, aimless wanderers, foreign football fanatics, kola-nut hawking bread winners, juvenile traders, kid beggars and scavengers that men and women of means speed past every day, in luxuriant cars, on the highways, at newspaper stands, daily lottery kiosks (a.k.a. Baba Ijebu), hard drug fields popularly called joints and forests in our cities and towns.

Nigeria offers them no hope but dejection, as our system ensures that more and more citizens have a cause to unwillingly take to the streets on a daily basis. Modernity and urbanisation are automatic verdict of homelessness and condemnation to death for the masses as illustrated in the last June Kubwa tragic demolition in Abuja. We were all living witnesses to the daylight public suicide committed by a Nigerian woman in protest against the refusal of a demolition task force to allow her rescue her child before the demolition of her house which killed her nine-year-old kid in her presence.

Likewise, thousands of commercial tricycle and bicycle riders are stripped of their last means of living by our law enforcement agents on a daily basis, without any alternative provided for them. Even on hinterland roads where the law allows them to operate, it is highly risky for them to legally seek a living.

The unfortunate degeneration of Nigeria into a terrorist manufacturing system was confirmed by the recent arrest of a convoy of over 400 northern travellers whose mission and destination in the South-East were unknown to even the travellers themselves. This, at the surface level, is success of vigilance on the part of our security agencies, but, at the deeper level, it is a public affirmation of the existence of an ever-increasing pool of frustrated citizens who are ready to do just anything to survive.

In a way, I feel the popular North-East-based Boko Haram is a distraction from our real problem. After all, it is only the yet-to-be equalled savagery of the sect that stands it apart from millions of other terrorist groups in Nigeria.

My take is that while it is practically impossible to know and arrest all criminals in the society, it is not only possible but indeed true that we all can and actually do know every potential criminal by the virtue of socio-economic indices, granting the realities of a few exceptions. Therefore, redirecting our resources to transform the lives of millions of Nigerian street hustlers would go a long way in denying the merchants of evil a ready source of human tools. Otherwise, Boko Haram may never end.

Are Resumes Going the Way of the Dinosaur?

Where are the subsidy thieves?