Why Would Apple Buy Beats Electronics? 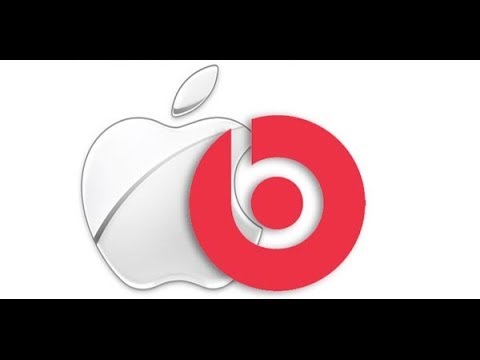 “But there is one thing Beats does well: Sell expensive audio equipment to young people. By some estimates Beats generates over $1 billion in revenue a year, and owns a commanding 51% of the premium headphone market. Like Apple and the iPod, Beats practically created the category.“

On Thursday evening, word spread that Apple might be purchasing Beats Electronics for $3.2 billion, in what would be Cupertino’s most expensive acquisition ever. The story was first reported by the Financial Times, but the New York Times and Wall Street Journal soon corroborated it with their sources. In a brief video that was quickly erased from Facebook, Dr. Dre seemed to confirm the news himself in a short selfie video with his friend Tyrese, who ordained the Compton legend the world’s first rap billionaire. (The video later surfaced on YouTube.)

On paper, the deal can seem quite puzzling. Beats is perhaps best known for its enormous, trendy, and largely ornamental headphones that critics argue are woefully overpriced; earbuds notwithstanding, Apple stakes its reputation on building high-quality hardware like computers and phones. And if it is a streaming music service that Apple is after–Beats recently launched Beats Audio, which received tepid reviews and boasts just 200,000 or so subscribers–then why wouldn’t Apple look instead at Spotify, which has 24 million active users? With $150 billion of Apple cash on hand,Tim Cook could certainly afford to make Spotify a hard-to-refuse offer.

But there is one thing Beats does well: Sell expensive audio equipment to young people. By some estimates Beats generates over $1 billion in revenue a year, and owns a commanding 51% of the premium headphone market. Like Apple and the iPod, Beats practically created the category.

This was largely accomplished through savvy marketing, and catalyzed by the connections of Interscope cofounder Jimmy Iovine and the rap impresario Dr. Dre. Together, the Beats founders were able to make the headphones covetable by plastering the shiny “b” logo everywhere: around the necks of NBA superstars, in the videos of just about every mainstream rapper, and even in the Twitter timelines of, say, Lady Gaga.

Whatever you may think of its hardware, Beats’s ability to weave an emotional thread to its customers may be the key to understanding why Apple–which, let’s remember, has historically leaned conservative in terms of splashy acquisitions–would suddenly open its checkbook. Dr. Dre, as Iovine likes to note, “showed us how to turn our ideas and emotions into a real thing.”

If Apple has an Achilles’ heel, it has been selling the public on streaming music. Apple’s track record launching new music products has been nothing short of atrocious. Remember Ping? Or the clumsily implemented iTunes Match?

BuzzFeed‘s Peter Lauria reports that, according to sources, Apple purchasing Beats would at least partly be an acqui-hire (emphasis added):

[Iovine] was one of the first industry executives to anticipate the download business’s decline and advocate for subscription and streaming services as music’s future. While Apple has been talking up iTunes in recent earnings calls, in the last one saying that it had brought in $2.6 billion in revenue in the first quarter this year, up 9% from the same quarter a year ago and hitting an all-time record, sales of apps have been the driving force of its growth.According to the source, Apple is buying Beats in part to bring Iovine onboard to “revamp and run its whole music strategy.“

Tim Cook is many things (stoic, a supply chain genius, etc.), but being a salesman is not one of his strengths. Iovine, with his trademark baseball cap and tinted eyeglasses, is a charismatic presence with something of a ruthless reputation for being a shark. In addition to Beats, he is also the chairman of Interscope/Geffen/A&M. (Let’s just say that Apple’s relationship with the record labels has been, how you say, not the friendliest.) Iovine has proven he can finesse an otherwise unremarkable product into an entirely new market segment worth billions.

Yes, the pieces don’t fit together perfectly. But here is what Beats would theoretically bring to the table: The iPhone‘s earbuds would get a little better; Apple acquires a fine if small streaming music service, which may provide another credit card funnel to iTunes; and Apple gets a flashy, influential salesman with deep connections in the record industry who has proven he can spin straw into gold. It is highly unlikely that there will be any Harvard Business cases lauding Apple for its genius in the foreseeable future. But for $3 billion or so? 2% of Apple’s cash? Beats Electronics wouldn’t be a terrible buy for Tim Cook and Co. either.

Banking In On The Future of Work: Four Tips You Can’t Afford To Ignore

How to Respond to ‘Aren’t You Overqualified?’